It was love at first sight. When Cartwheel first set eyes on the rhinoceros-shaped walking stick painted pink, she knew it was the one for her. There was a whole collection of differently shaped sticks back at the WoodsHole hostel, free for the taking save for a thank you note to the stick collector. Cartwheel was delighted and declared that Pinkanoceros would accompany her to Katahdin and eventually be passed down to her kids so that they could pass it along to their own in turn.

Alas, love may be patient and kind, but young love is also fickle. So after a few too many accidental gorings from Pinkanoceros’ horn, Cartwheel decided she wanted poles. With handles. To be clear, she still plans to pass on to her potential progeny this newly minted heirloom, but after 891.5 shared miles, Pinkanoceros rode home grandpa Pete. So we picked up poles on our way back from Ohio. The kids also each moved on to their third pair of shoes (the adults already had).

The day started by passing through a lowland swamp, and the bugs were bad. Now, we’re from Maine (and spend plenty of time outside there), so we know bad bugs. And these were bad even by Maine standards. The kind of bugs where you can’t see because they keep flying into your squinted eyes. The kind of bugs that catch in your nose and throat because they’re too thick to avoid accidental aspiration. So when we came out of the swamp and hit the first road with business, we took a quick detour to the antique shop and frame store on route 7 near Great Barrington and the proprietor kindly gifted us some DEET. That and an uphill climb helped alleviate the intensity of the insect invasion.

Later, we met a hiker passing out homemade whoopie pies filled with cream cheese icing. We all felt a little creaky after the days folded up in the car, but it was great to be on the trail again. We delighted in the wild blueberries and black and red raspberries along the trail. And we welcomed a dip in a mountain pond. We stopped on the early side, joining the father-son Waterville natives Mosey and Jungle Jim at a shelter where we set up the tent and hammocks. The kids and parents alike enjoy having their own private spaces to kibitz. 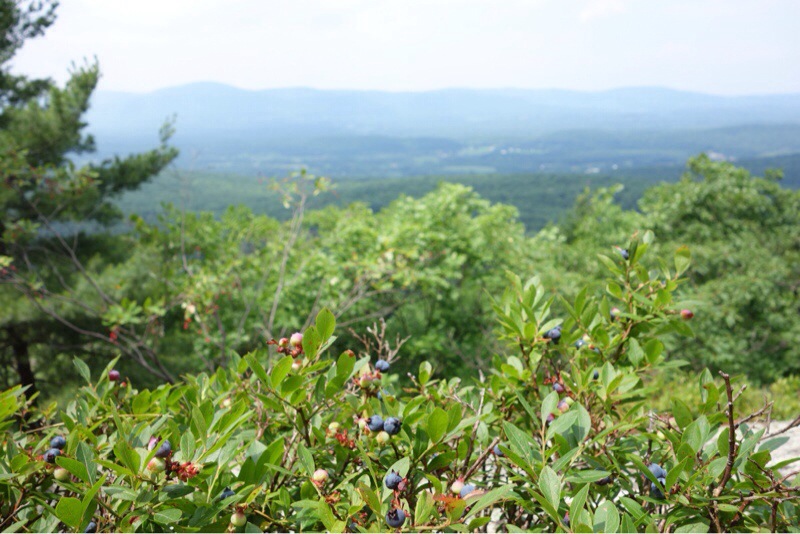 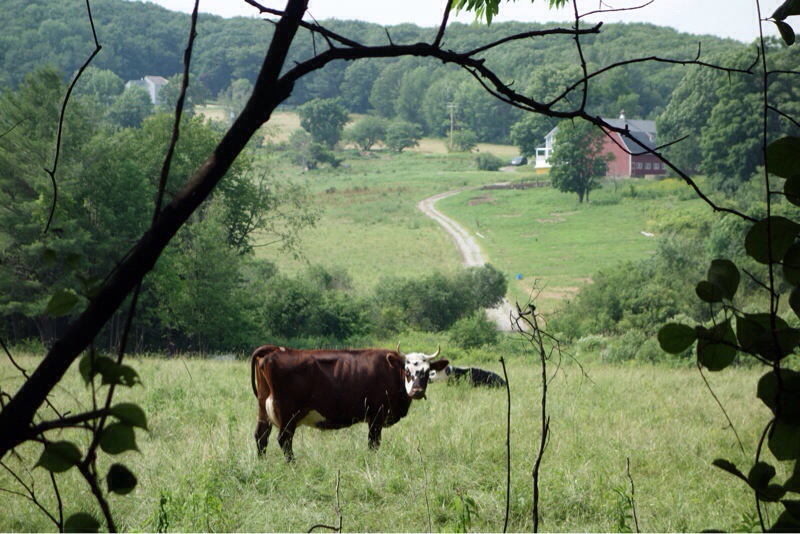 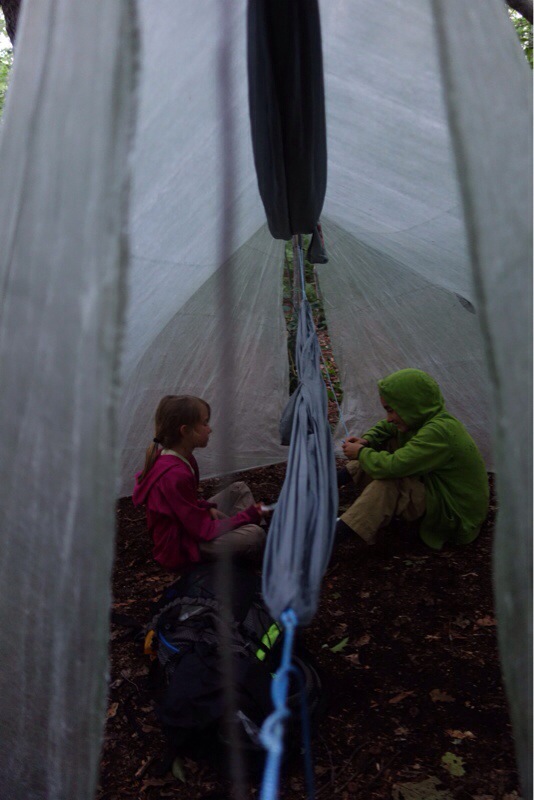 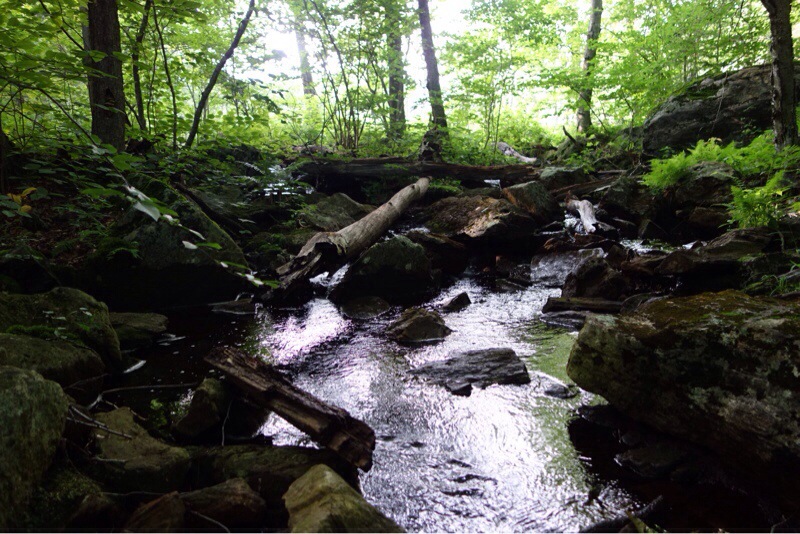