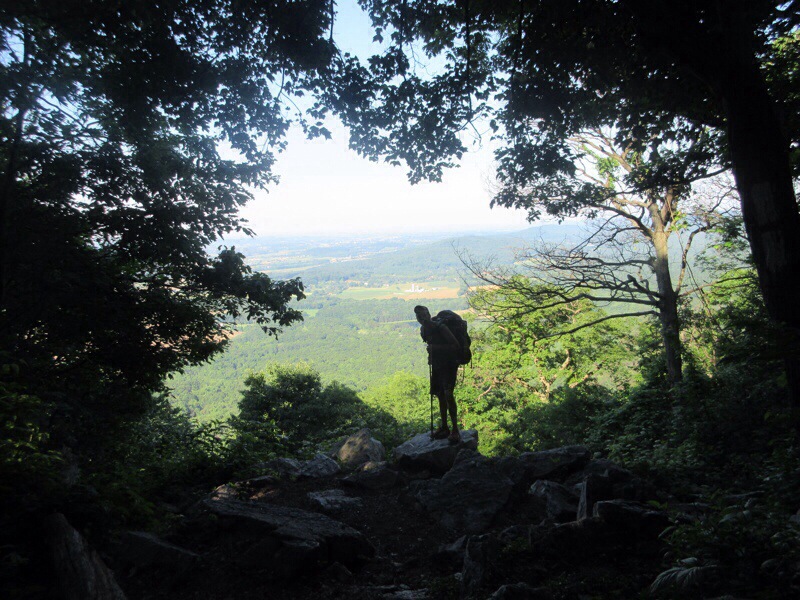 We woke up early to try to make it into Town before the post office closed. Our plan was to get in by five, pickup our package, have dinner and hike out of town. The kids were a little lethargic after the late night and the going was slow. We were starting to hit the section of PA where the rocks begin, although the rocky sections were still intermittent.

Mid morning, it became clear that we were not going to make it to Port Clinton by five, so it was decided that All In would hike ahead, pick up the mail, resupply and wait for everyone else to arrive. In retrospect we should have just decided to stay in Port Clinton for the night, and pick up the mail in the morning. As soon as All In took off in high gear, RobinHood got a burst of energy and decided to keep up.

The boys ended up ahead, while the girls took a more reasonable pace behind. The boys passed Unity And Stick-In-The-Mud, and cruised at high speed over the rocks. At some point the trail spit them out onto a vegetation cut for a pipeline and just ended. They turned around and checked the blazes on the tree behind them, which were a little faded but clearly visible. The blazes for the southbound ears seemed to be angled to be seen from the west,so the boys turned that way and started walking. There were no blazes to be seen for a half mile, and they started to get nervous. All in dropped his pack and jogged back to where the trail came out of the woods but couldn’t find any indication of where’s lose it went, so he and RobinHood continued on.

RobinHood spotted a path to the right with white blazes. Then they looked to the left and there was another path to the left also with whit blazes. Apparently, they had inadvertently ended up on a section of trail that had been rerouted and followed the old blazed trail. Anyway, the used the sun to determine which of the two paths seemed to head more northerly and took that one. The day was getting late, so they started jogging Eventually the trail dropped steeply downhill to some railroad tracks and town. They kept running and made it to the post office at 4:57, just as the postmaster was bringing in the flag. They picked up the package (All In’s new pack) and shipped out the old one.

Meanwhile, in the back, the girls had been hiking in a group with Iron Chef, Rocky, Ferris, Unity, Stick-in-the-Mud and Sparky. They played tag along the trail and traded riddles. Cartwheel, when explaining a riddle, turned to Iron Chef (pictured below), and started in with “well when you’re our age (referring to him and her)…” This brought a chuckle from everyone. The kids really do become peers with the other hikers in a way that doesn’t often happen with such diverse ages.

The one restaurant in town was closed on Mondays, but we caught a ride to a neighboring town for dinner and some resupply. We caught a ride back as well, but never made it out of Town. Instead we camped at the pavilion at the edge of town dedicated for that purpose. We realized that we had forgotten to resupply dog food, but found some in the hiker box at the pavilion, saving us another trip into town in the morning.

We didn’t take many pictures because we were rushing. 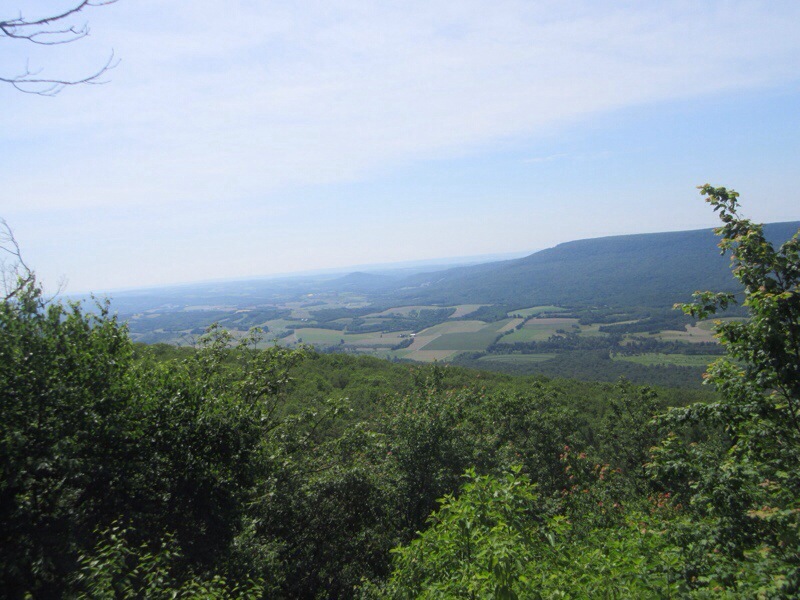 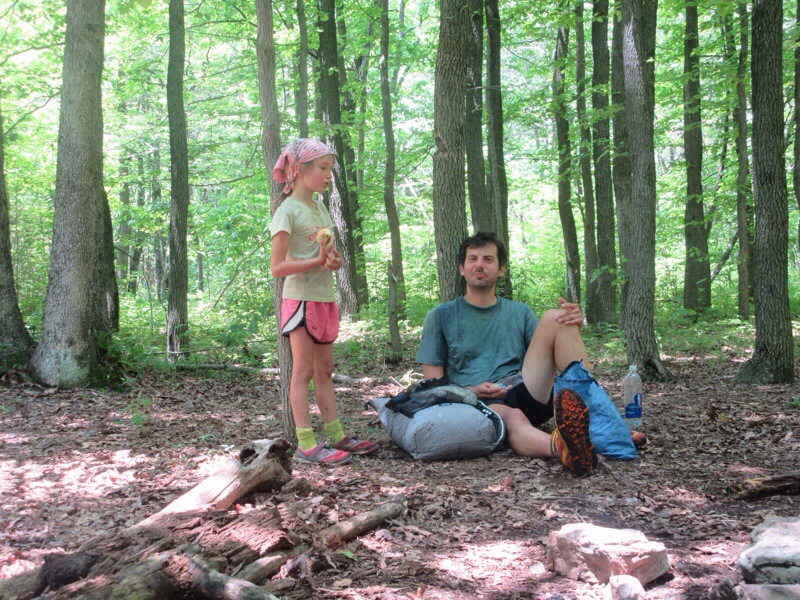 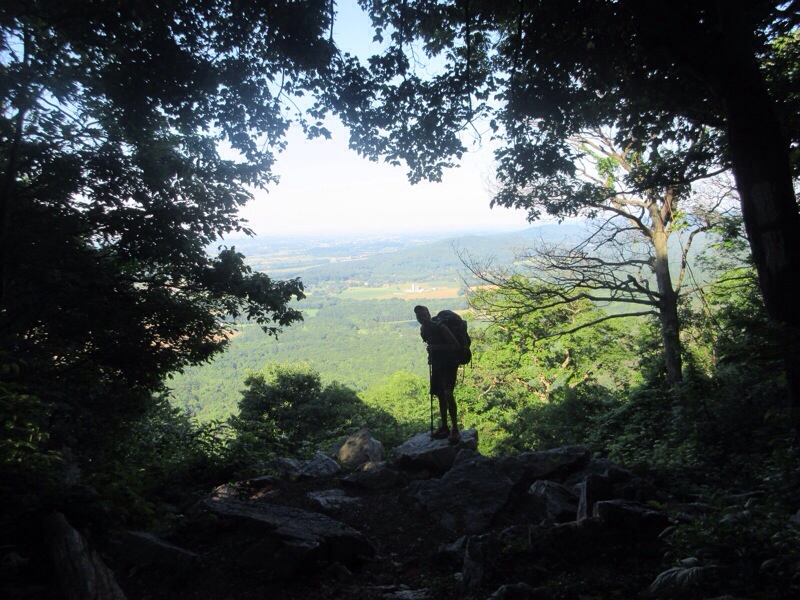