The Mahoosic Range must be one of the coolest mountain traverses on the east coast. Towering mountains, sweeping vistas, rugged climbing, and near solitude due to their relative anonymity and inaccessibility. We crossed from New Hampshire into Maine and there’s a real sense of being home.

Many of the bog bridges would disappear into the mud. Some were simply half an inch below e service and continued to serve their purpose of suspending you above the bog with only your shoes soaking up the mud. Others simply sank out of sight or had been dissolved by the big monsters as RobinHood discovered when he decided to attempt a high speed traverse and accomplished instead a fantastic faceplant complete with a squelching thud as he landed coupled with a sucking sound as he tried to return to an upright position. As he tried to make his way back to solid ground, Cartwheel decided on an alternative path.

RobinHood embraced the filth and remained in good spirits despite the chill of the high winds. A few minutes later he “accidentally” slipped off another set of bog bridges and once again found himself mired to his waist.

The walking was varied with giant boulders that All, including Orion, navigated admirably, as well as vertical sections completed with the aid of giant staples sunk into the rock. The mountain tops were raw and windy, their dramatic beauty enticing us to sound our barbaric yawp over the roofs of the world. Happy to be in Maine, and happy to feel truly alive. 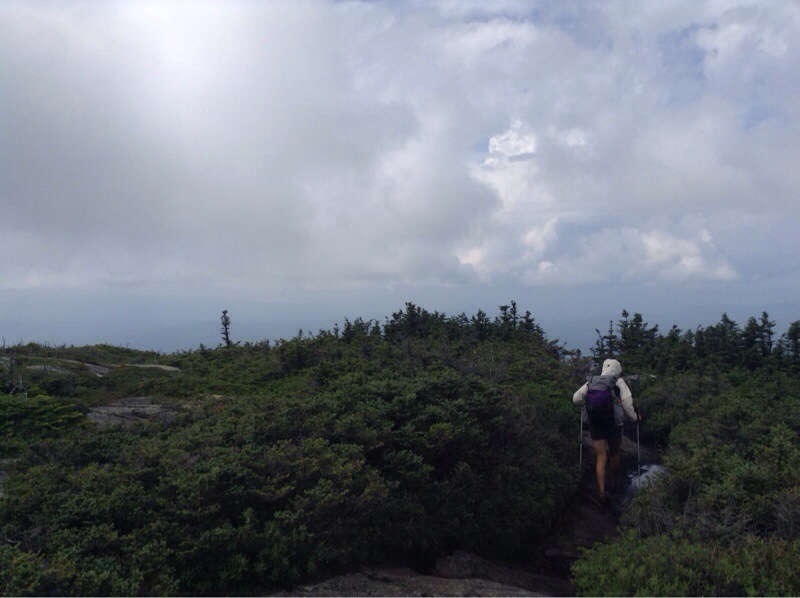 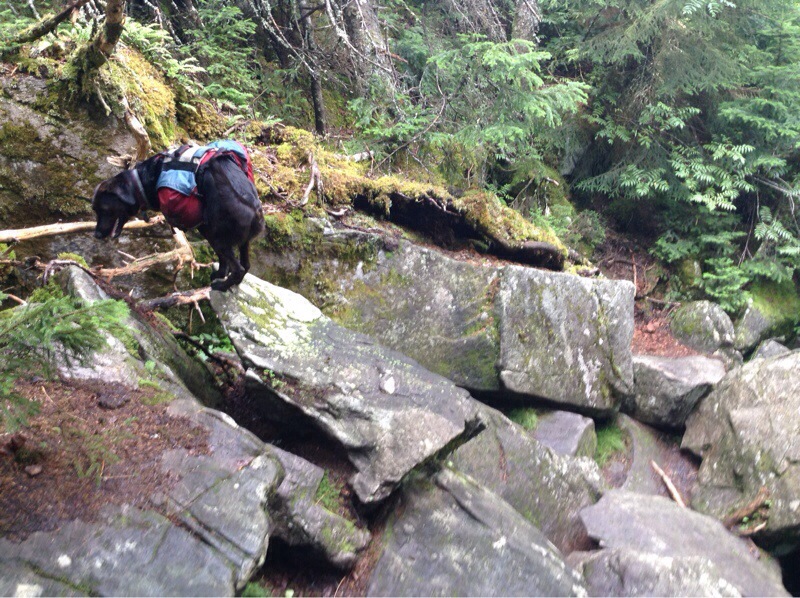 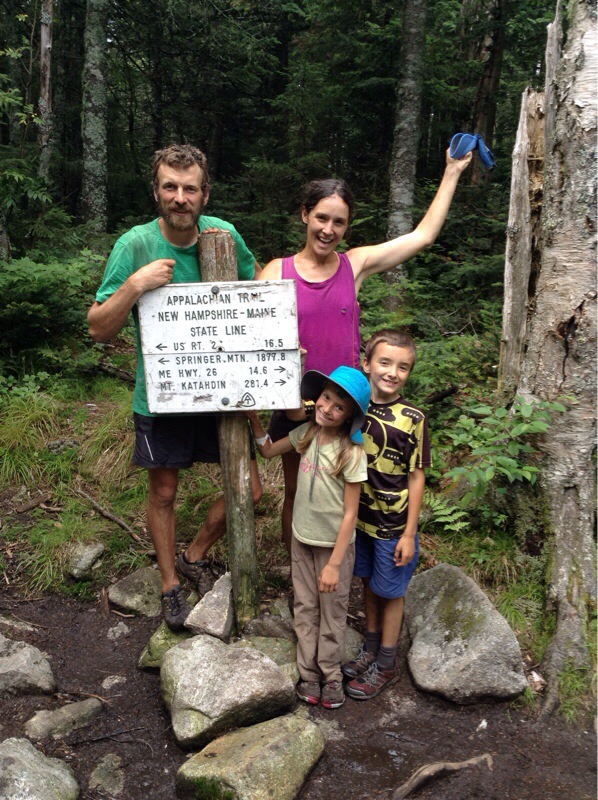 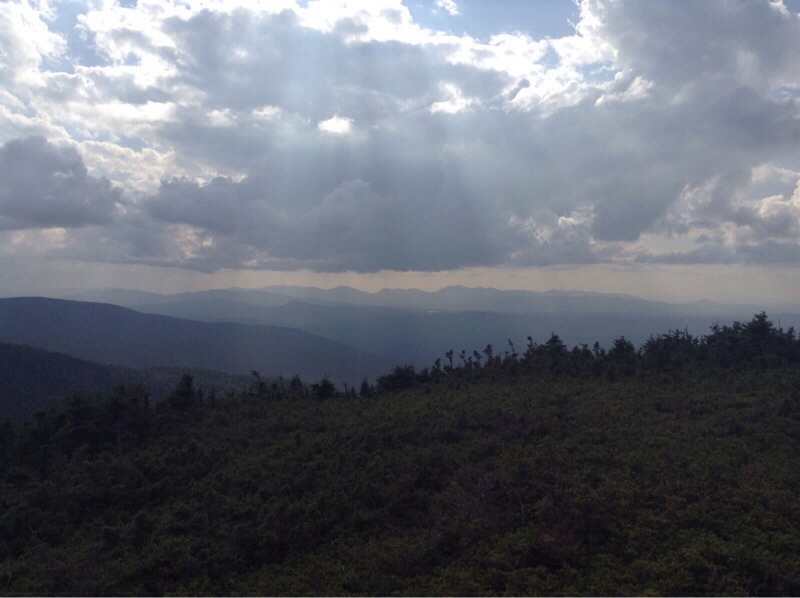 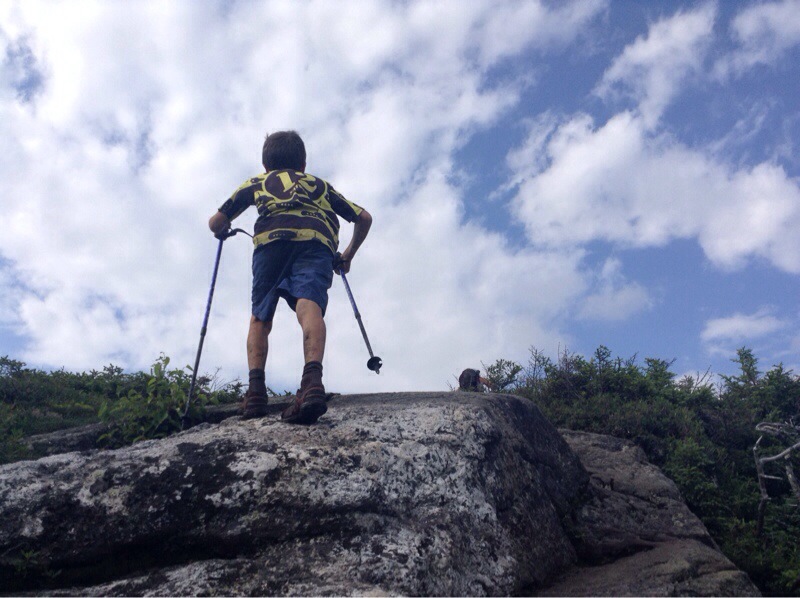 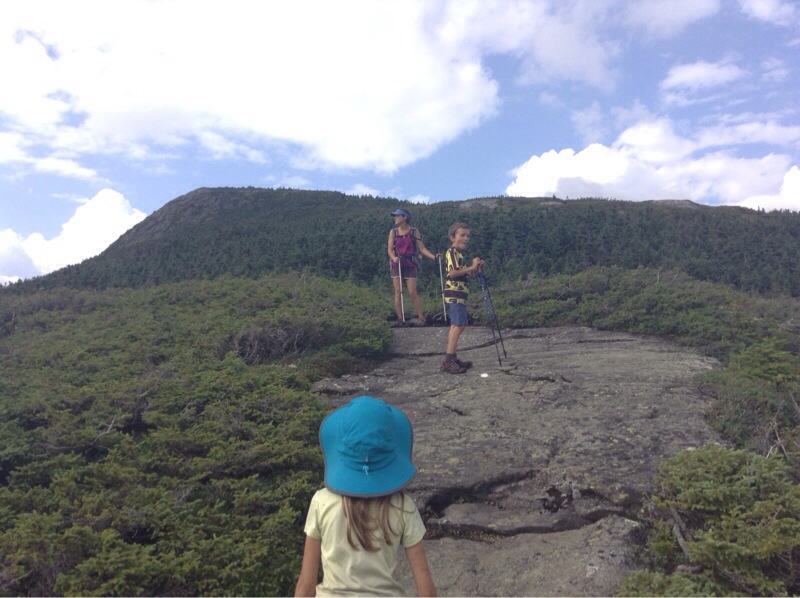 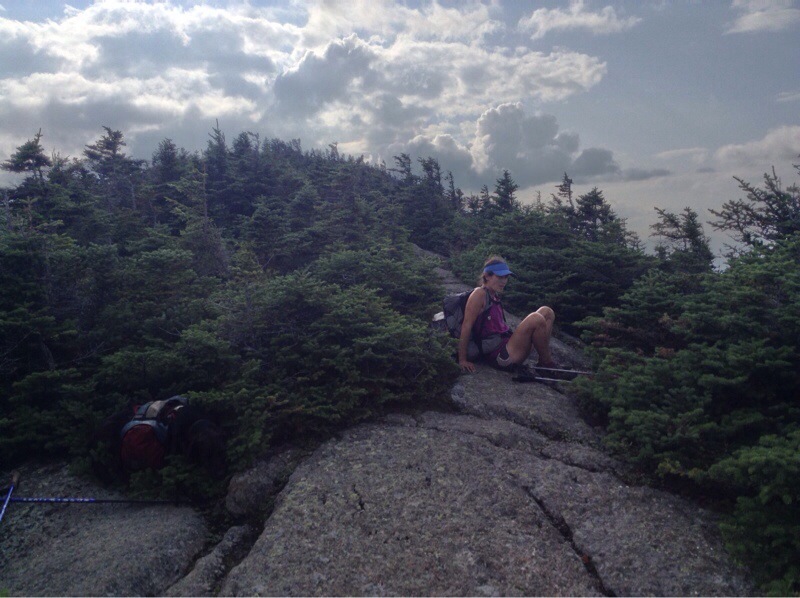 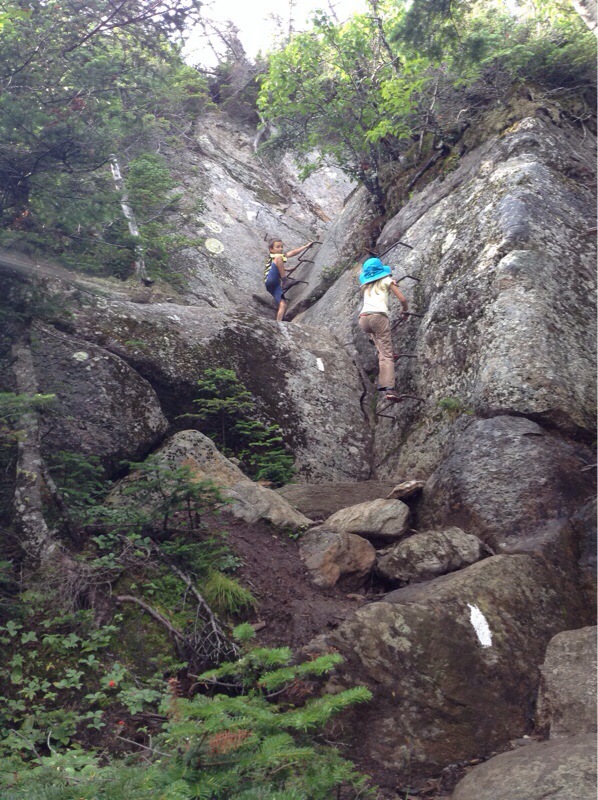 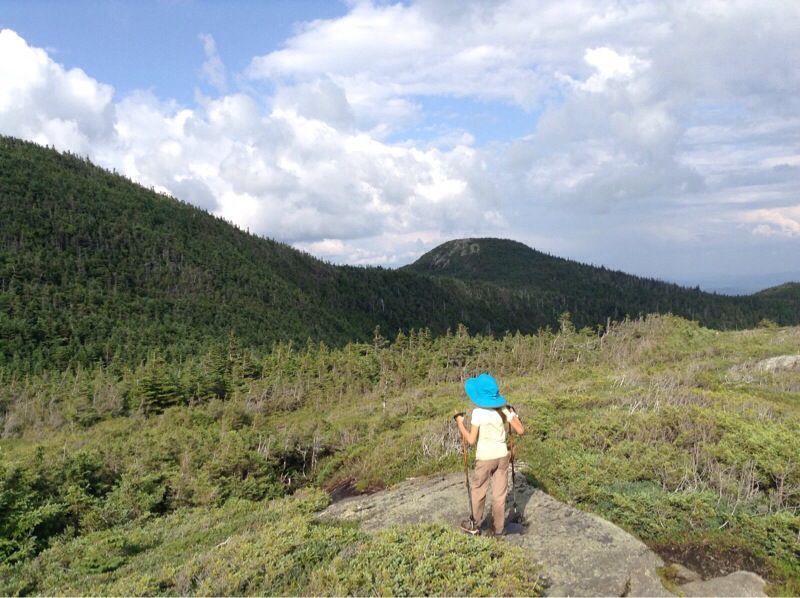 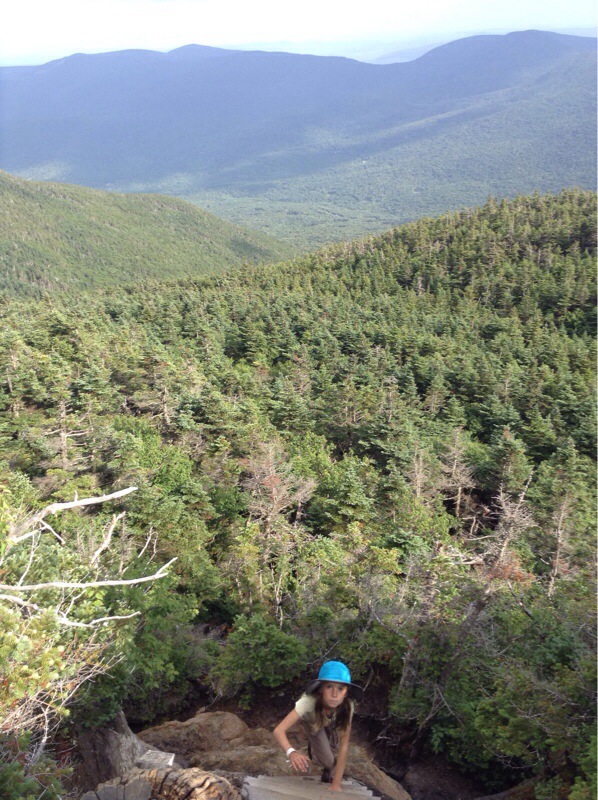 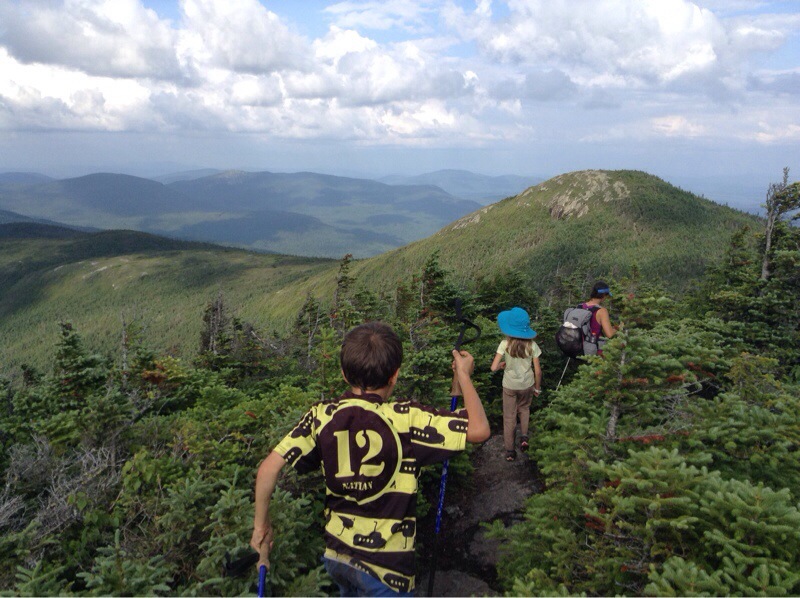 2 Comments on “August 6 – The Mahoosic Range”