Mama Bear and I were still packing up camp when Oops walked by. The kids were long gone down the trail with Orion on the tail keeping tabs on them. We strolled down off the ridge line and were greeted with glimpses of picturesque agrarian scenes.

We met up with a longtime family friend of Mama Bear’s who still lives across the street from the house she grew up in. We enjoyed lunch together at a nearby diner, and the kids (even after polishing off large meals) were eager to dive into their ice cream. Then they made themselves a tree swing out of some hammock slings to pass the time while I borrowed the diner’s wifi to post some blog entries.

Then back to the trail for some afternoon lake swimming to avoid the heat. We paused for a picture at the Appalachian Trail train platform on the line from Pawling to NYC. There were a few people shooting an independent film there and we troubled them for a group photo. We didn’t hop on the southbound train to the city (the distant views of city lights were enough to sate that urge), instead we stayed hitched to the northbound train to Maine.

We hiked late into the evening enjoying the cooler temperatures, passed through some cow-filled fields, then set up camp in a wooded glade alongside the trail. 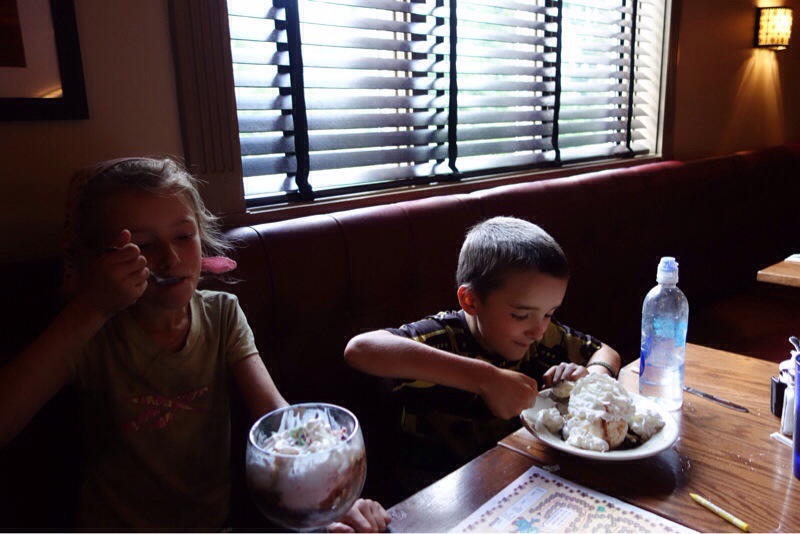 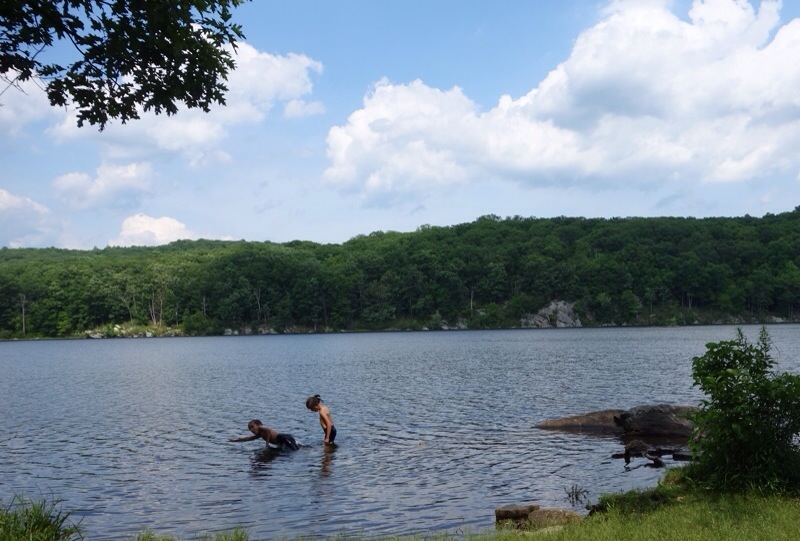 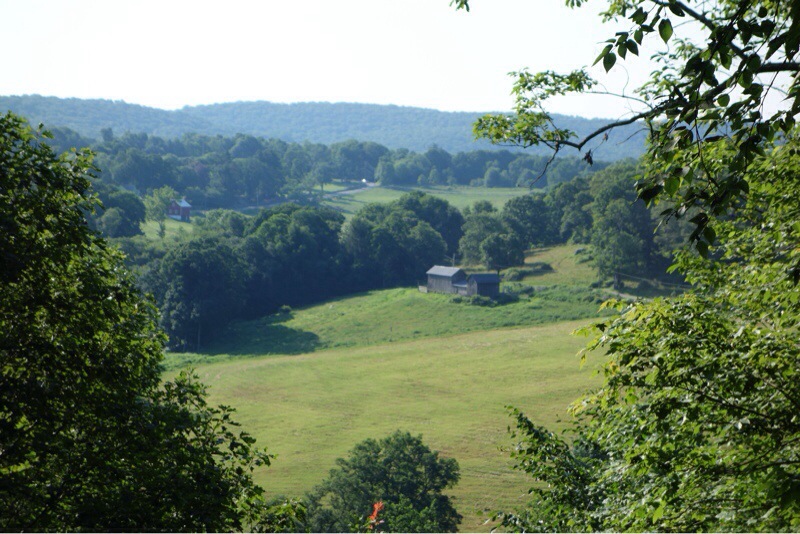 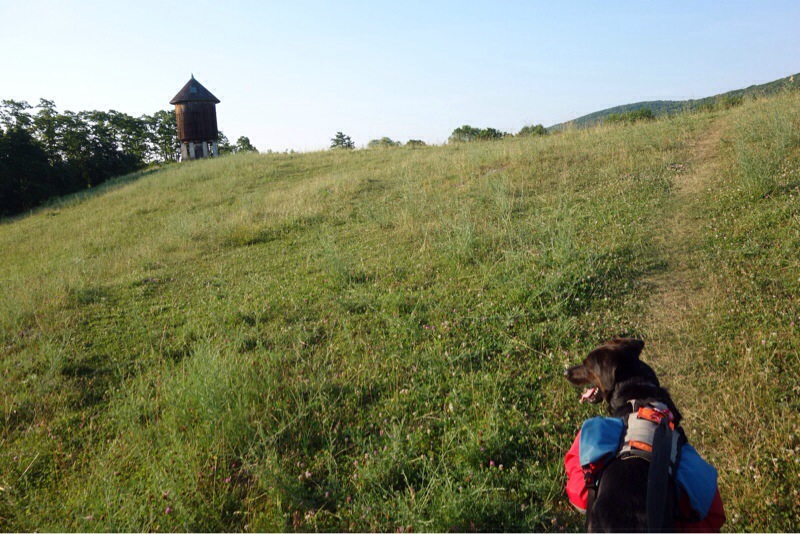