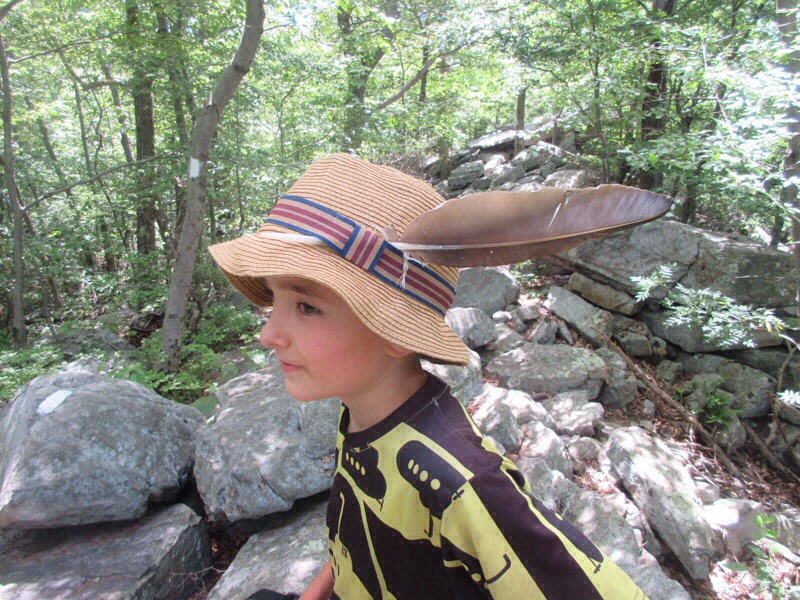 Cartwheel slept way in this morning (at least by trail standards). The rest of us woke up on the early side and went about our business. We had finished our stove fuel the night before and were prepared for a cold breakfast on our way into town, but Whitey graciously heated us some tea and coffee water on his alcohol stove. RobinHood and Mama Bear chatted with Whitey, Woodstock and Money Maker while All In packed up the tent and everyone’s gear. Cartwheel snoozed away.

The other thru hikers packed up and left one by one, other people stopped in and left. Cartwheel slept on. Whitey lingered, talking. RobinHood decided he wanted to draft off Whitey, so he went over to “check” if his sister was awake (he was under strict orders not to wake her up). Remarkably, mere seconds later, RobinHood announced loudly that she was awake. When Cartwheel finally got up, she seemed to be an inch taller. Whitey was just finishing tying his shoes, Cartwheel grabbed a bagel and she and RobinHood were following Whitey out of camp, mere minutes after she emerged from her nylon cocoon.

RobinHood cruised behind Whitey over the rocks, and we’d gone five miles in an hour and three quarters. The kids couldn’t keep that pace up the big climb, and Whitey cruised ahead. Once they were again following their parents, our pace slowed considerably (E=m*(1-2c)^2). We had a nice lunch at Wolf Rocks and polished off most of the remainder of our food bags (it’s always satisfying to walk into town with an empty food bag). Cartwheel took pictures of the abuse her feet had suffered on the rocks, and RobinHood found a feather for his cap. With so little food weight, the parents took the kids’ packs for the rest of our trip into Delaware Water Gap.

With about two miles to go, Orion suddenly stopped using one of his hind legs. He seemed otherwise in good spirits, and an examination of his foot and pad didn’t indicate any tear, nor did he seem sensitive to pressure against his foot. All In took Orion’s pack (returning RobinHood’s), and we continued on toward town. Orion would use four paws intermittently, but would also frequently trot along on three legs. Two years ago had suddenly gone lame in his other hind leg, and was diagnosed with Lyme disease, so we looked up the nearest veterinarian and mad an appointment for the following day.

We enjoyed scenic views of the Delaware River and then began the steep decent into the gap. All In lingered at the top checking email with the last bits of the iPad battery. When he caught up with everyone waiting for him by a waterfall, Mama Bear’s grimace expressed her displeasure with his timing. Then we all cruised into the Water Gap in high spirits.

None of the hotels in town allow pets, but a dog friendly hostel permitted tenting in the back even though their bunks were full. The kids ham mocked from the porch rafters of a hiker shelter in the back (and according to a hiker who slept in the shelter had a skunk wondering back and forth underneath them all night). A large pocket of thruhikers we had never met (some from in front of us, some from behind), seemed to all coalesce in the Water Gap that night, and we met many new faces. We got our stuff settled and then enjoyed a delicious dinner with Unity, Stick-In-the-Mud and Sautée at the Cuban Fusion restaurant. The food was extremely tasty, if not exactly hiker portioned.

Then we hit the hay. 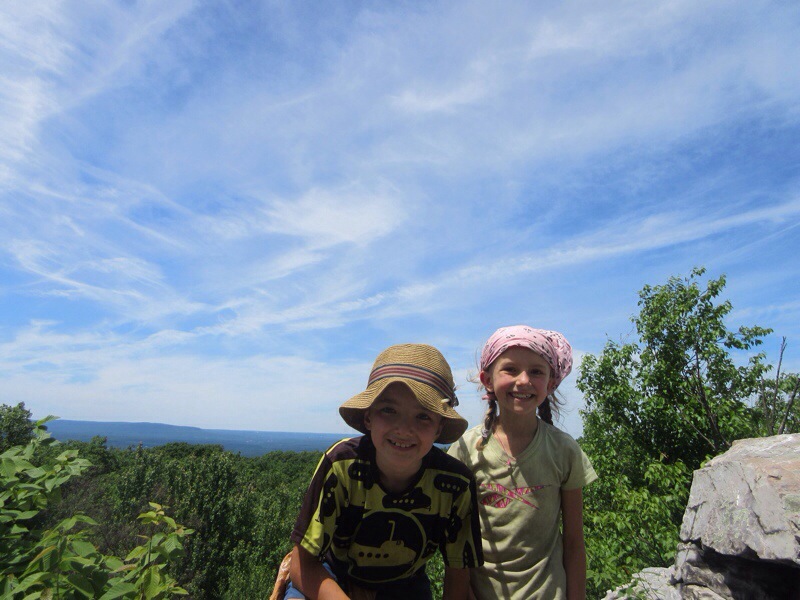 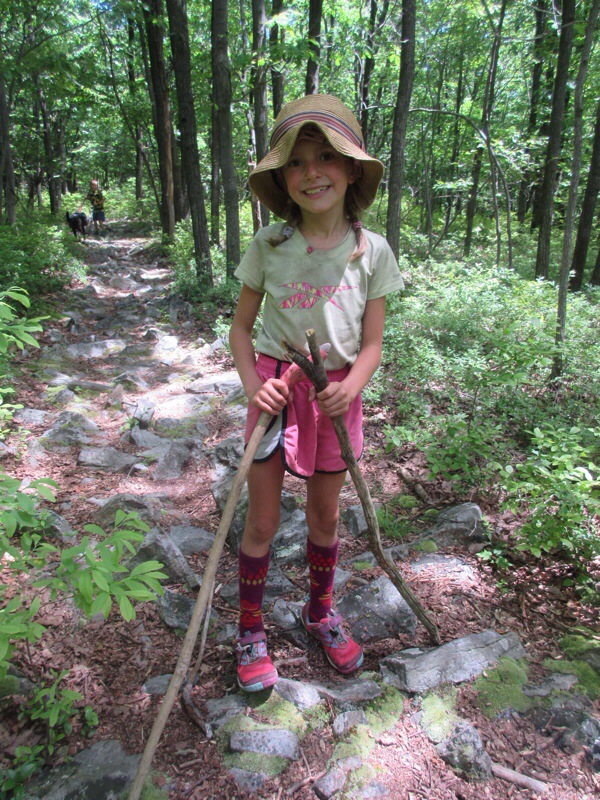