Today started with some welcome trail magic that included bananas, oranges, coffee, donuts and cinnamon rolls. Then we set off on some nice easy walking and were treated to both wild strawberries and wild blueberries along the way. To top it off, we had overcast skies to cool the temperatures for a steep exposed climb and ridge walk to come.

The climb out of Lehigh Gap is rocky and steep. It is also know to be heat-stroke inducing if done in the full sun in a hot day. We had the perfect weather: a light mist and breeze that felt like you were walking with a spritzing fan, coupled with high overcast clouds that still offered a view. The climb was steep, and the kids enjoyed the scrambling. RobinHood found a hat when filling water at a spring, which he donned for the rest of the day.

The mist did make the rocks slick, and Cartwheel took an unintended tumble which led to temporary tears. RobinHood would take one later in the day. Neither led to serious injury, but the Pennsylvania rocks sure do provide a work out, even for the nimble legs of little ones.

All In carried Orion’s pack in yesterday’s heat, but today the mist and cool made it an easy dog day. The top of the ridge was covered with blueberries, and we all feasted (despite the fact that we were un a section of trail rerouted around a superfund site–at least we weren’t going through the site). This section of PA not only brought harvest-ready berries, but a whole array of new wildflowers as well.

The we met up with All In’s younger sister who’s down in PA working as a nurse at the summer camp where she was previously both camper and counselor. She hiked in to meet us, then we walked back to her car and headed out to lunch (with coffee and ice cream) in the middle of what would otherwise have been an eighteen mile stretch of trail with no water source closer than a half mile off trail.

It was great to see Joanie, and we all enjoyed catching up. Then we hit the trail and she headed back to get ready for the impending arrival of campers. We cruised through the remaining ten miles, then came to the side trail to the shelter. When we turned down it, we were immediately confronted with a massive encampment of scouts filling the tenting area. We almost beat a hasty retreat, but forged on instead. Then we found the shelter off away from the hubbub. In it we saw a familiar face in Whitey, and met new friends Woodstock and MoneyMaker. The kids sat down and shared war stories with the other thrus about the rocks. Then we found a nice tent site nearby and tucked in for the night. 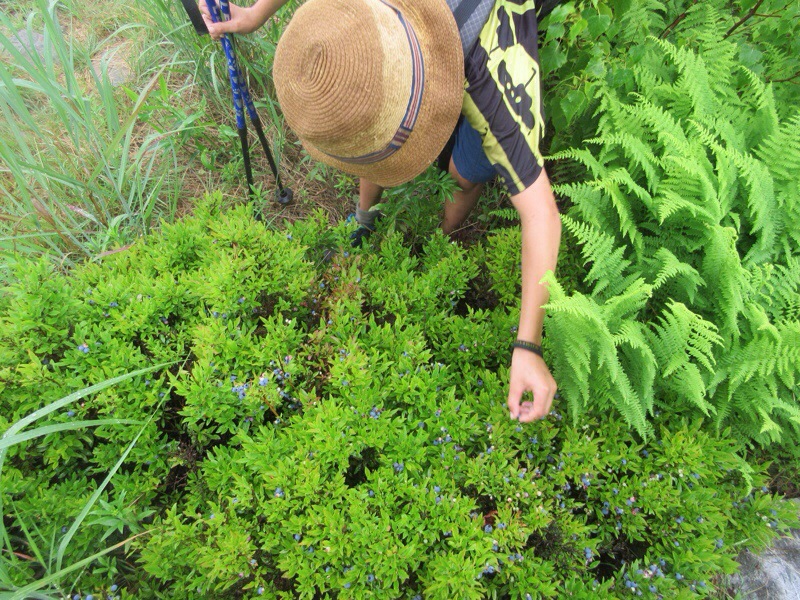 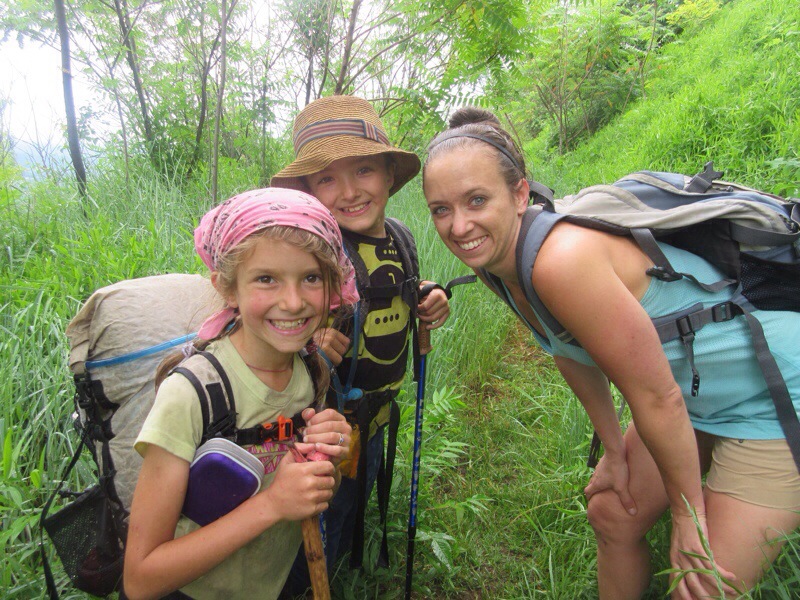 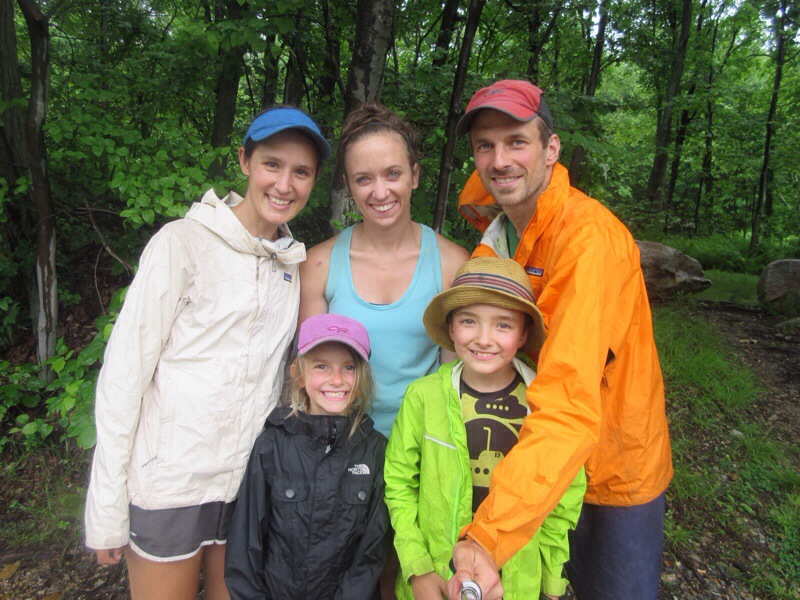 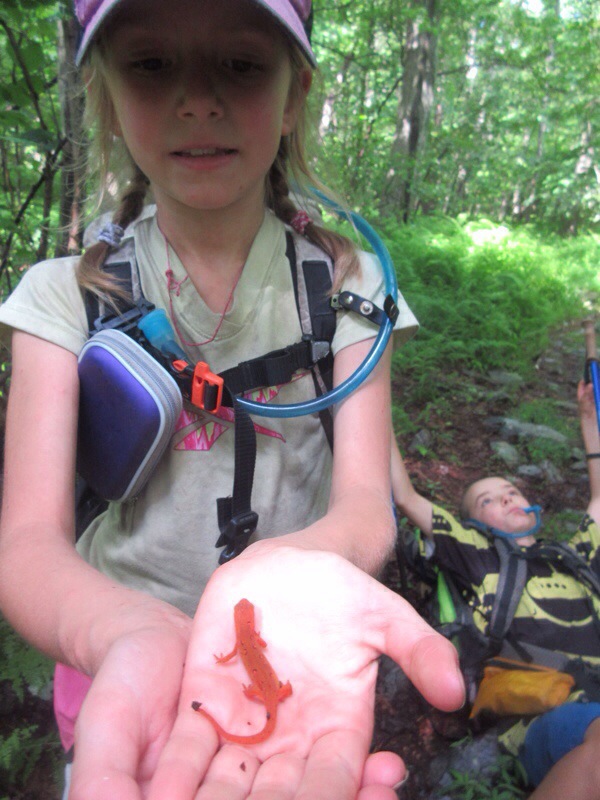 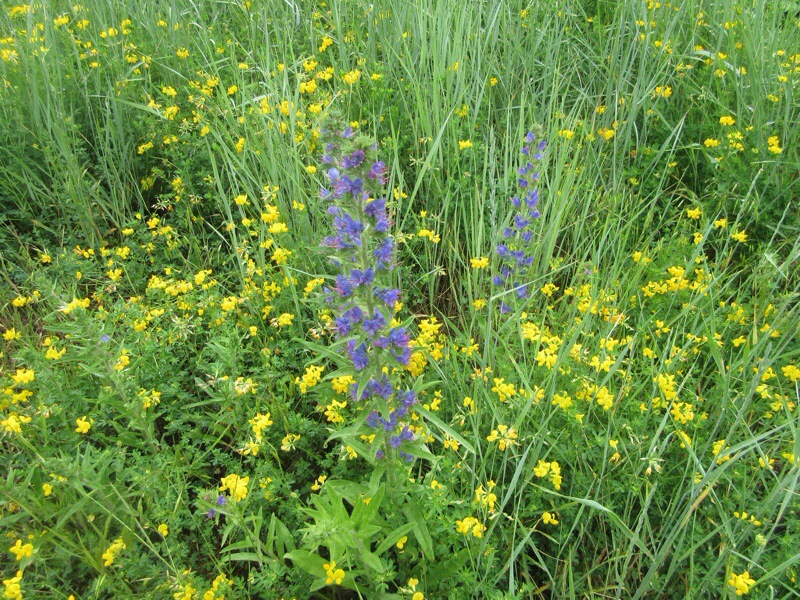