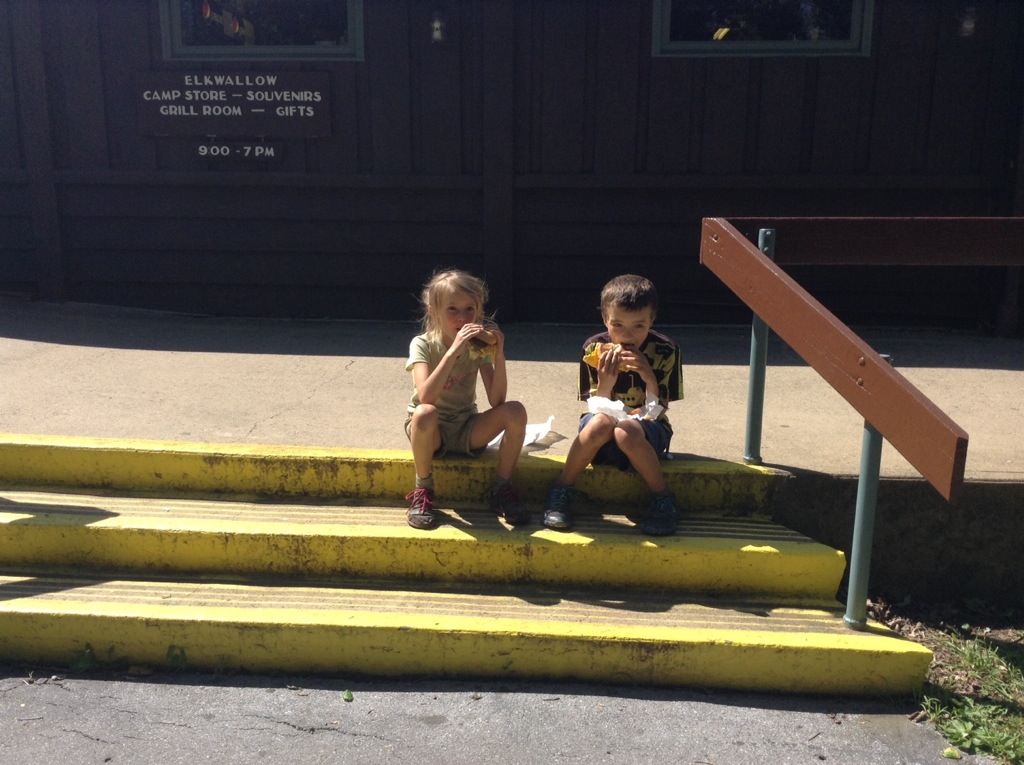 Walking through the Shenandoahs provides an overabundance of trailside amenities, with restaurants and ice cream every day. The AT through the park parallels Skyline Drive for almost its entire way, and in many ways is actually less interesting (though more travelled) than some of the side trails to more remote spots, which we have had the opportunity to explore on past trips. Another thing walking through the park does is bring thru-hikers together at the shelters (called huts in the park).

Like the Great Smokey Mountain National Park, Shenandoah National Park has chosen to deal with the impacts caused by overnight campers by asking them to stay at certain designated sites. The regulations do allow tenting 200 yards from the trail in other places, but because it can often be difficult to guess which spots might be flat without bushwhacking long distances, most thru-hikers gravitate toward the designated spots more so than on National Forest land.

This made the park feel like a kind of constant reunion. We are surrounded by a really fun group, and spending time together in the evenings (and at the trailside stores and restaurants) has been great fun. Last night’s camp spot was in a grassy area, and that led to ticks crawling out of our backpacks (which we store on the ground in our tent’s vestibule, outside the bug protection) all day long.

The miles flew by, even with the frequent stops at the trailside restaurants (called “waysides”). The park uses its own unique naming conventions. We camped just outside the park at a shelter called the Tom Floyd Wayside. Wired and I had stopped to take advantage of a cell signal that seemed to materialize the moment we left the park (it’s been very helpful to hike with someone who’s been trail blogging for so long and is so much better at it than I am – I’m learning some tricks that may make things smoother on my end). On our way down, we were greeted to Cartwheel sprinting up the trail to tell us that there was a wayside at our shelter. In her excitement at seeing the name, she had dropped her pack and run back up without looking around: outside the park, wayside apparently doesn’t designate a place that serves food.

The evening was exciting in other ways. We couldn’t have been more than a mile from the park boundary when Orion jumped into the woods (dogs are required to be on leash on Park Service land but not on Forest Service land). I assumed that he had spotted yet another whitetail deer, but instead we saw a dark brown blur streaking through the underbrush. The blur started not more than a few feet from us; we would have walked right by it. Instead, we watched that blur shoot up a tree in bounding leaps and stop halfway up: a perfect view of a medium sized black bear. I whistled for Orion to come back and he turned and started bounding back toward us with a self-satisfied grin. As soon as he had taken a few strides from the base of the tree, the bear began a descent that seemed too fast to comprehend: it seemed to drop ten feet in every blink of the eye. It was a spectacular performance for such a large animal. Then it was gone. The whole episode couldn’t have lasted more than a few seconds. With the adrenaline rush subsiding slowly, we clipped the leash back on Orion for the rest of the walk to the campsite. It does make me question my assumption that his nighttime growls have mainly been triggered by deer these last few nights.

The campsite was on a very steep hill with a very cool spring in a boulder field that had a truly remarkable flow rate. The kids hung out with Wired (who is truly wired on the trail), and even had a fireside Skype with her sister and two nephews. 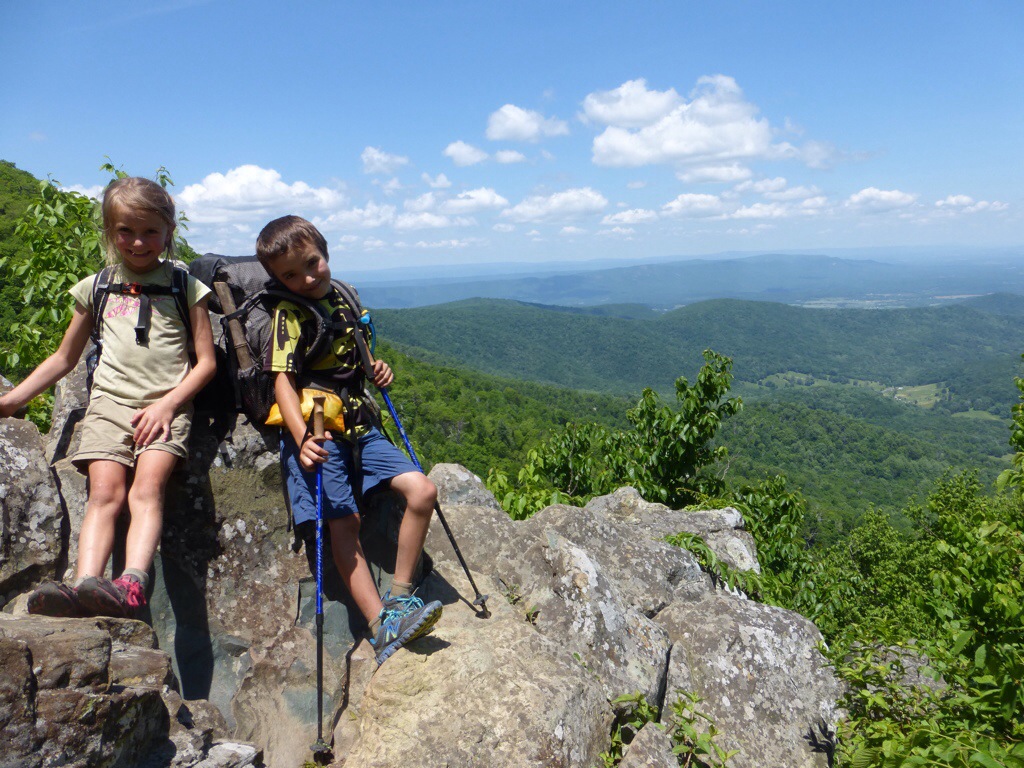