Getting off trail for a few days always makes it difficult to get back on; seeing friends and family and indulging in the ease of off trail life seems to cause homesickness to kick in hardcore, especially for the kids. Cartwheel had a hard time leaving the comforts of off-trail life to return to the woods. Robin Hood did his best to cheer her up; he even made her a stick doll with a birch bark skirt. Her grandparents tried as well. And her stuffed bear, fuzzy, accompanied her back on the trail for a few days. All to no avail.

I’m writing this two days later, and she is now back in full swing, once again having a great time (the past couple of days she has been doing well in the afternoons, but struggling each morning — wet socks don’t help in this regard). But addressing her brother three days later, unprompted, she said, “I wanted to thank you for trying to cheer me up. Even though I couldn’t say it at the time, it meant a lot to me that you made me that doll and tried to make me laugh.

It’s moments like that that bring tears to a parents eyes (and help reassure us that we’re right to be out here despite the occasional temper tantrum that comes with a hard day.

The morning started out with a breakfast in town, where we fortuitously ran into Ginger and Gilligan strolling down the street. The same thunderstorm that had caused us to spend a night in a hotel after our drive had driven them off the ridge in an impressive display of lightning and thunder. They were 15 miles ahead of us but the roads led to the same town.

We got in the trail late morning with Mama Bear’s parents joining us for a few days. Her mom quickly earned the trail name Grammy Bear. Her dad declared that he felt like Sisyphus because every time he got almost to the top of a hill, someone sent him to the bottom again. Robin Hood got a kick out of this name and showing due respect for his elder declared, “we can call you Sissy for short.”

Despite a rocky start, it felt great to be back on the trail, and there was laughing and merriment aplenty. 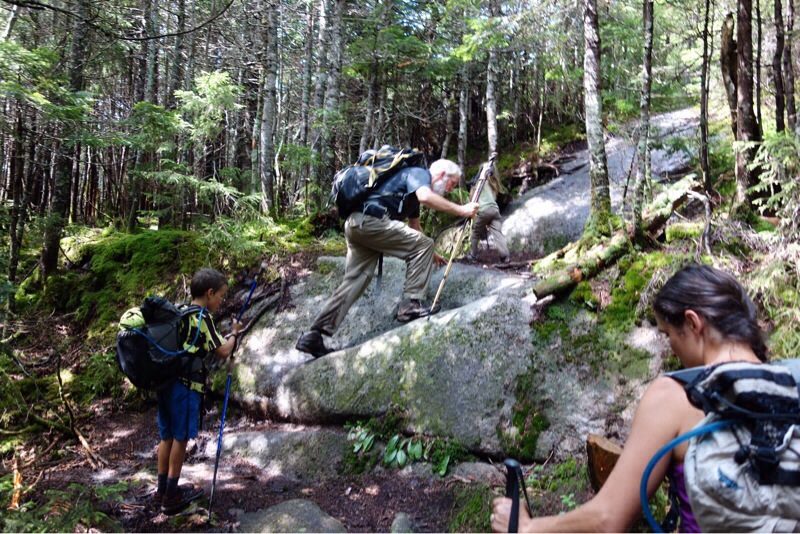 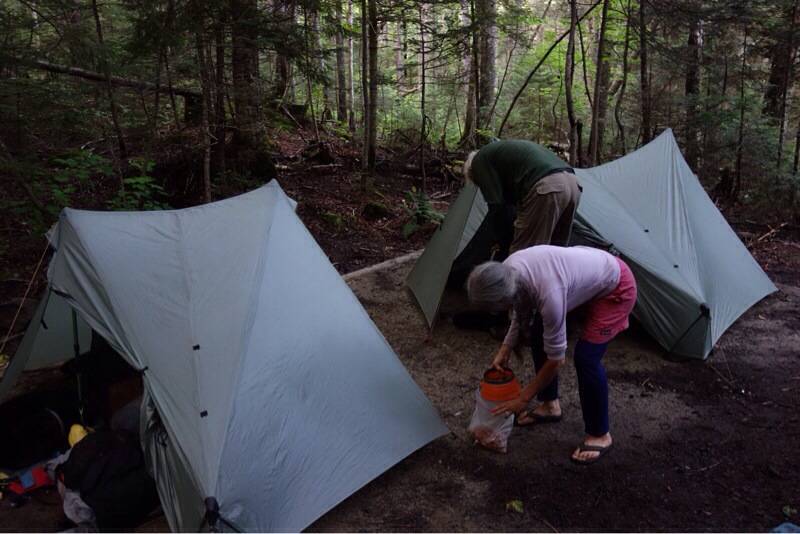