July 3 – In Which We Actually Enter Massachusetts 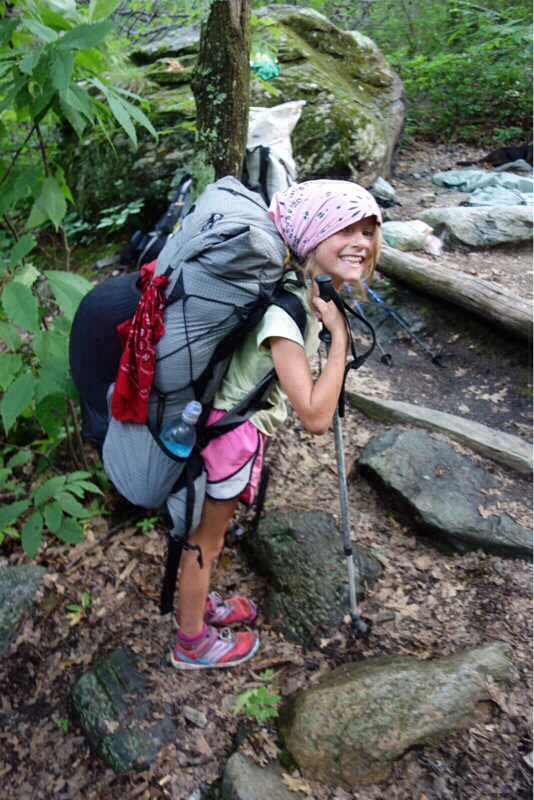 After an early breakfast of pie and pancakes, we headed back on to the trail. Everything was soggy from the night before, but the weather cleared and the hiking was pleasant.

Our slower pace meant that many hikers we hadn’t seen in a while caught up to us, including Ryan and Crocs, and we meant some new hikers as well. There was some steep ups and downs, and between the fog and the granite trail lined with blueberries, we could have been anywhere in New England.

All the rain meant for some impressive waterfalls. Cartwheel was excited to carry Mama Bear’s pack for a ways. The kids fought over who got to walk directly behind grandpa Pete, and they followed him around like little ducklings.

We were in an area where we could only camp at designated campsites and we had two options about four miles apart. We stopped at the early site, which was hard-packed and not an ideal site for absorbing rainwater. We set up the two tents (grandpa Pete got his own), and the kids hammocked under their new tarp. Another thunderstorm with a torrential downpour created a flash flood in the campsite. Everyone stayed mostly dry even though there were 6 inches of water under the kids tarp, but the hard packed dirt meant that everything was splattered with mud from the powerful raindrops.

We climbed into bed and enjoyed quite the show of lightning and thunder. 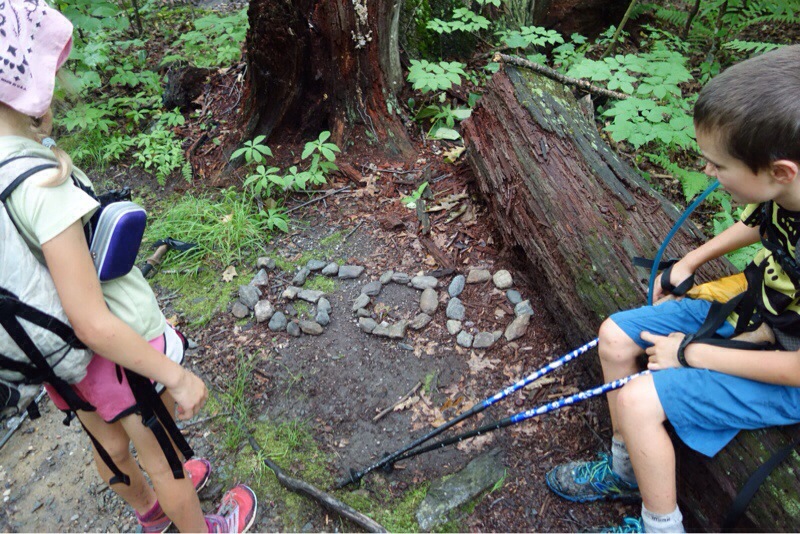 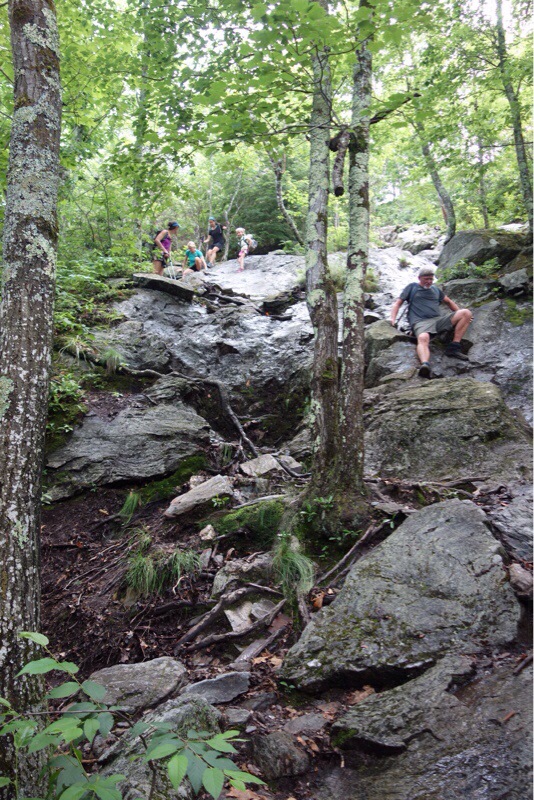 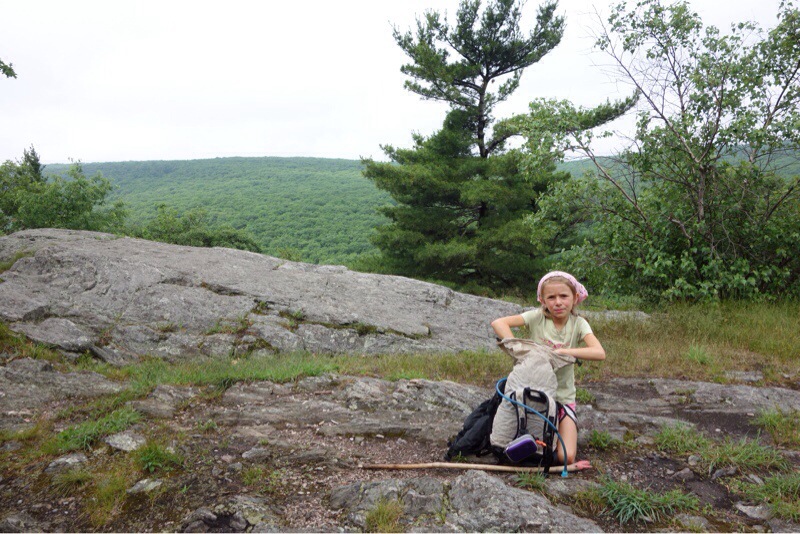 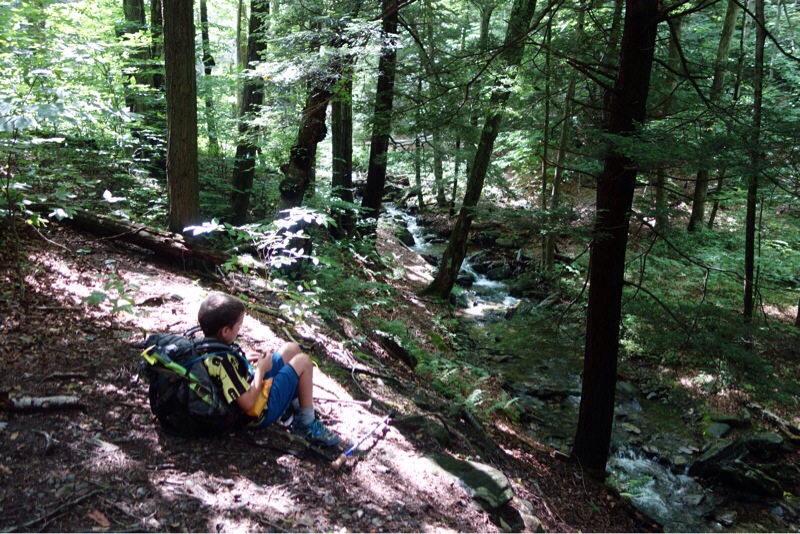 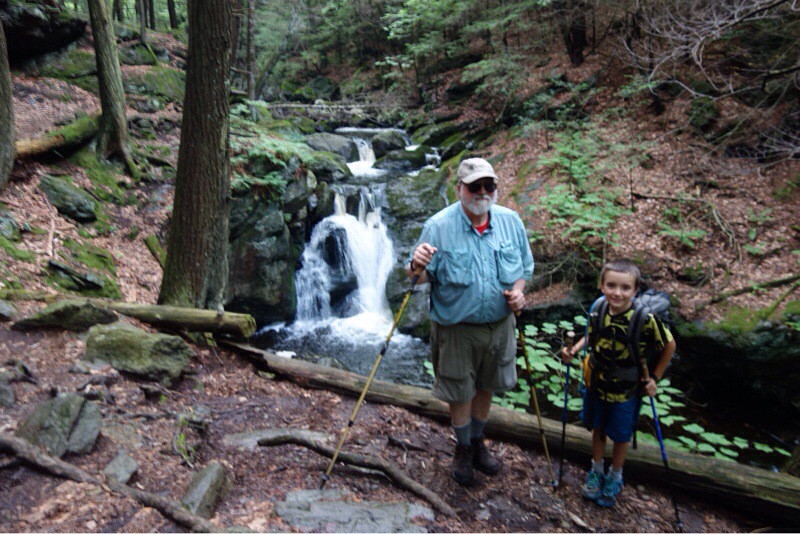 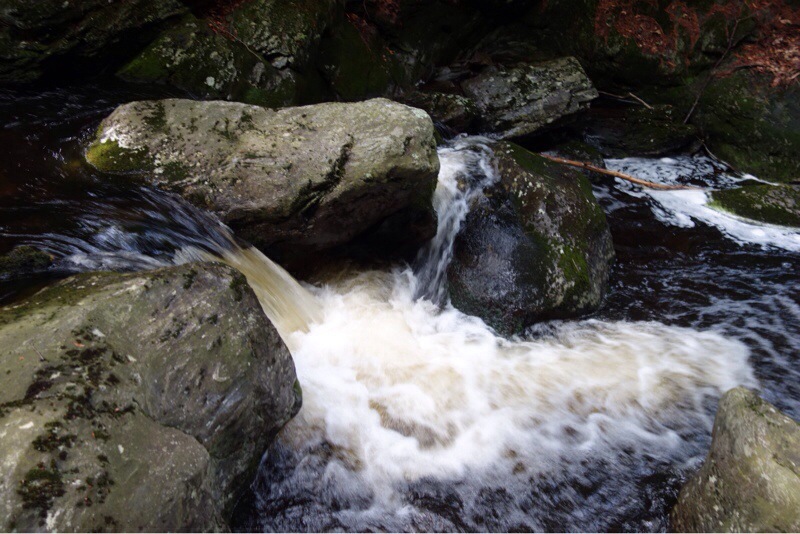 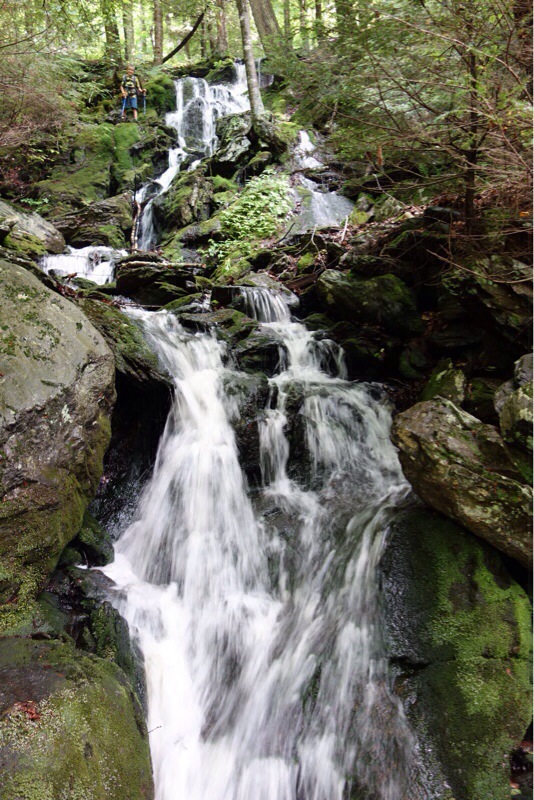 3 Comments on “July 3 – In Which We Actually Enter Massachusetts”