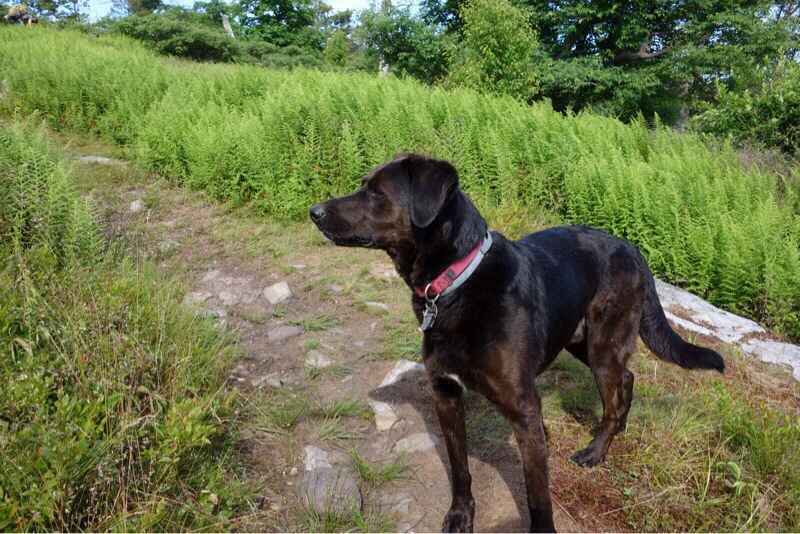 Back to his normal self, Orion seemed to enjoy his first full day of slackpacking (having someone else carry his stuff). Because we’re picking up his new custom-made lightweight dog pack on Tuesday, we figured we’d give him a few packless days to rest his toe, and he enjoyed the freedom.

We woke up to a scenic vista with many of the weekend hikers clearing out before seven. The kids enjoyed their first night under their new hammock tarp. We headed out with the kids tagging along behind Spider-Man, a physical-therapist and hobby apiarist. The conversation was endless. We soon were caught from behind by Yeti and Smurfin’ who were being slack-packed themselves by Yeti’s husband Dan. We did well to keep up with them and were greeted at the first road-crossing by Dan and a pickup truck full of food. RobinHood made himself a turkey sandwich that included lettuce, tomato, apple, strawberries, and cheddar Pringles; everyone was impressed by his culinary creativity.

The trail through New Jersey was quite scenic, if a little rocky to walk. We kept up with Yeti and Smurfin’ for the next leg as well, and after another seven miles were again greeted by Dan and his pickup. Having made it through most of the Gatorades in the cooler, we even discovered some Yuenglings lower down in the ice. Eventually we did head out for more hiking. We weren’t going quite as far as the two slackpackers for this final leg.

Instead, we took an hour off in the hot afternoon to sit in a lake. Later, having left our littoral lazing, we once again caught Spider Man who was getting water from a spring. We all headed on to camp together at the next shelter and Mama Bear traded some of her trail-cooked, home-grown veggies for some of his homespun honey, making everyone happy. The kids again tucked their bunkbed hammocks under their new tarp and drifted off to dreamland. 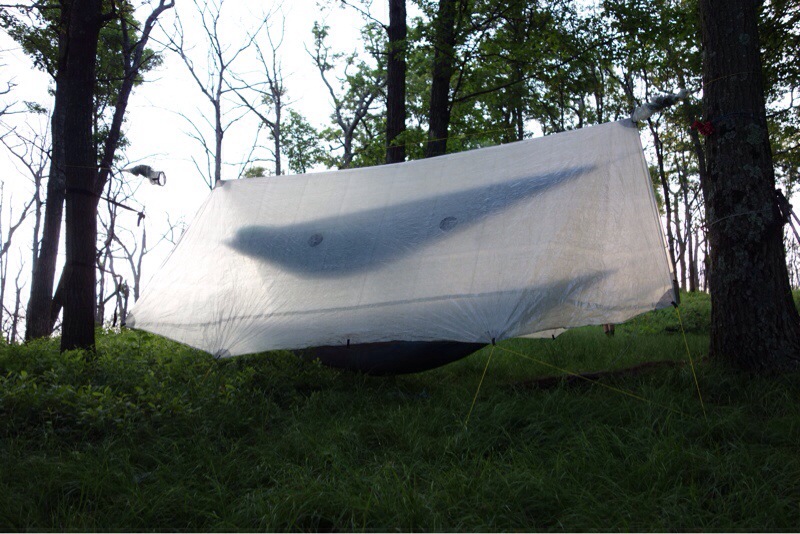 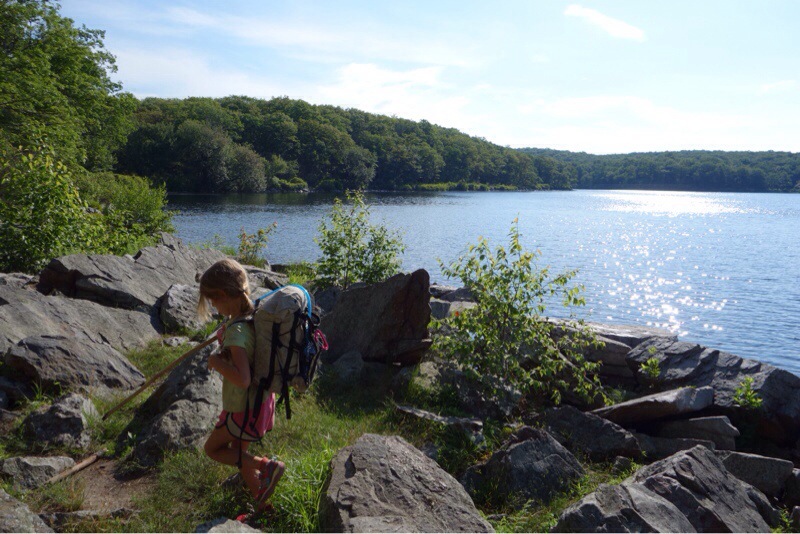 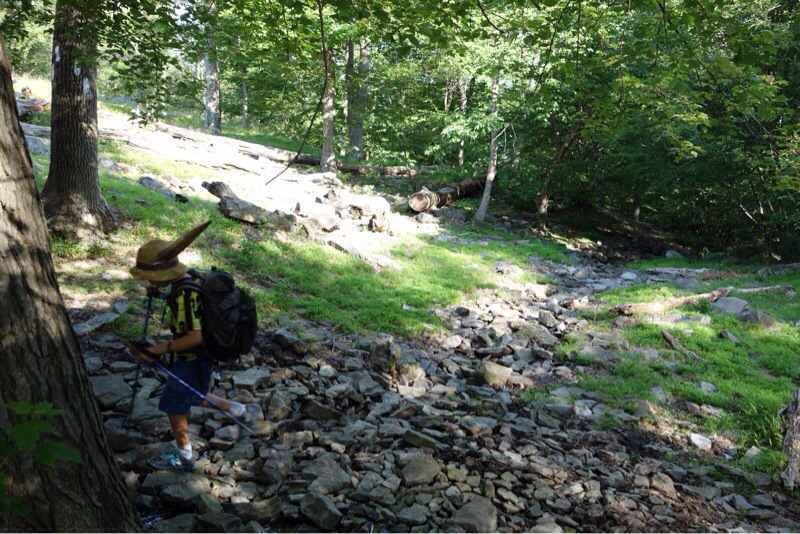 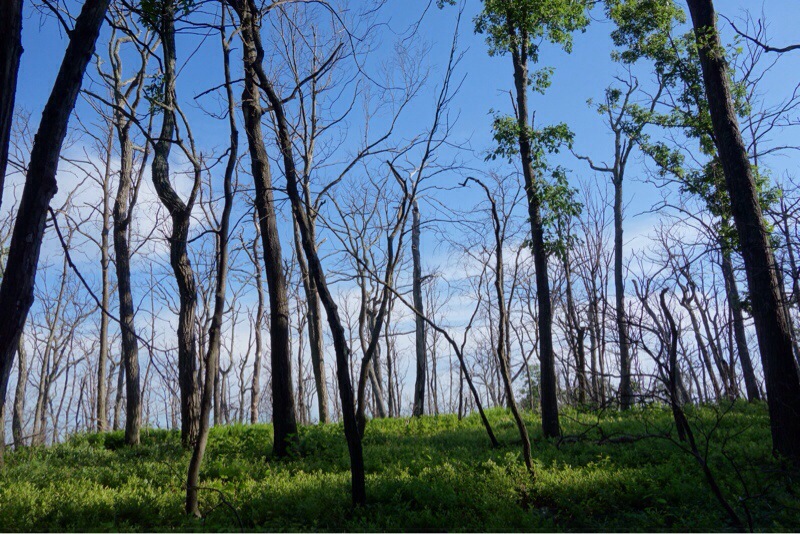 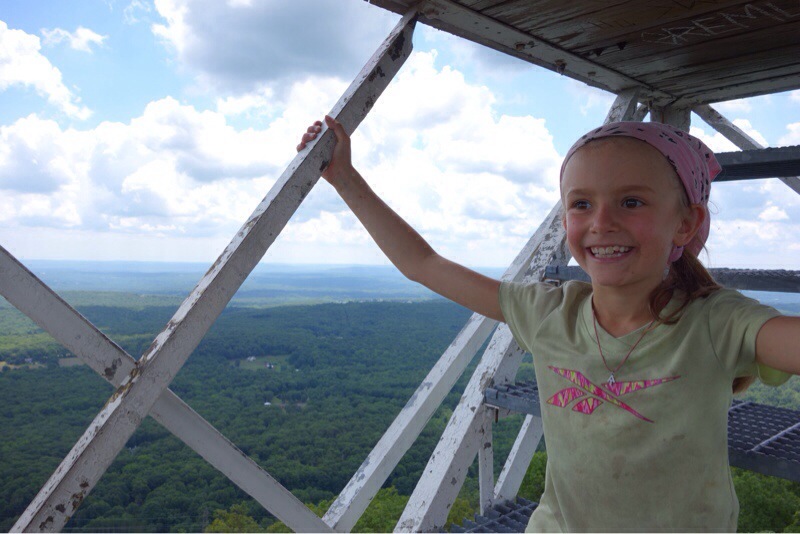 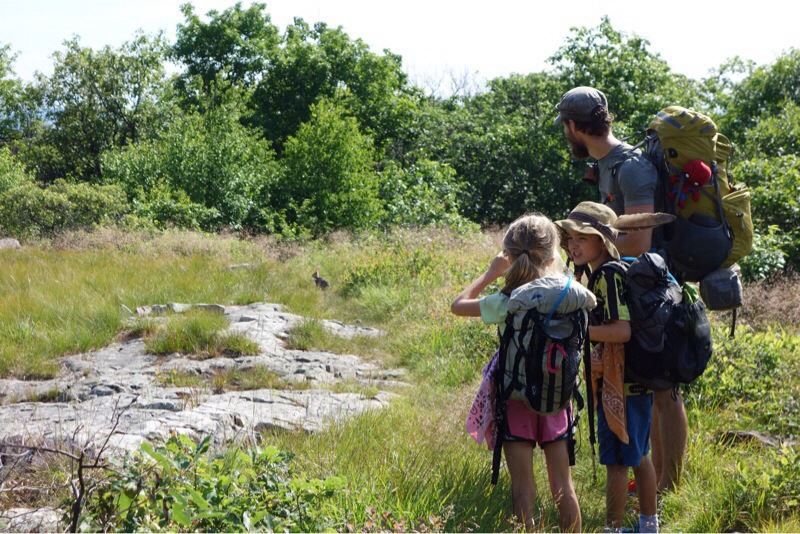 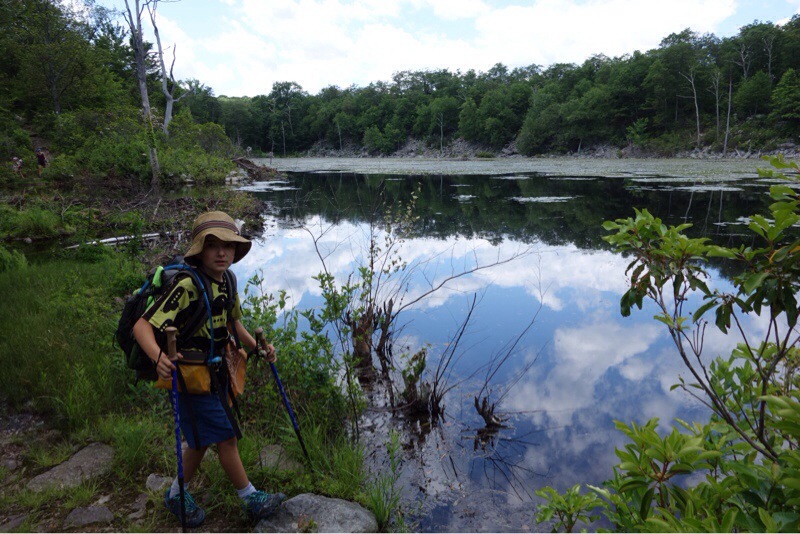 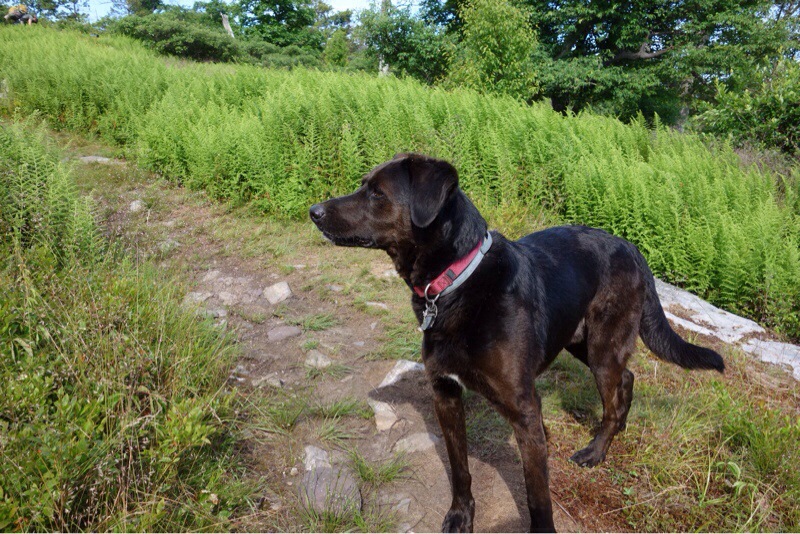 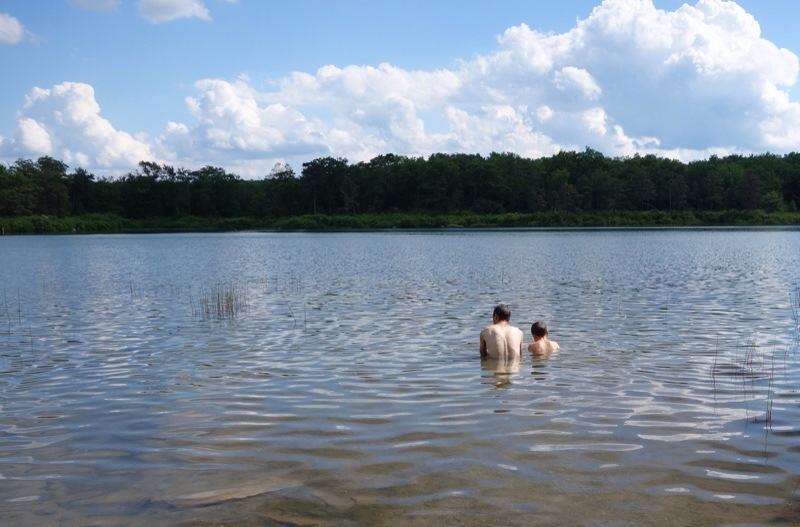 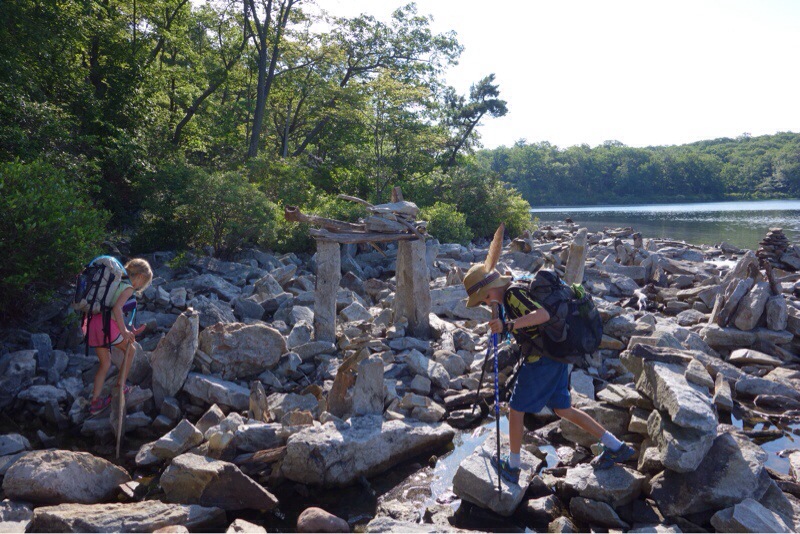 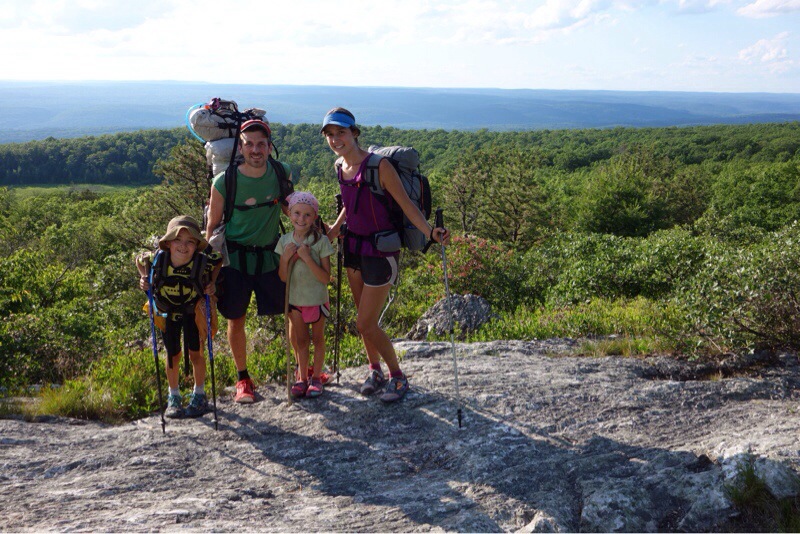 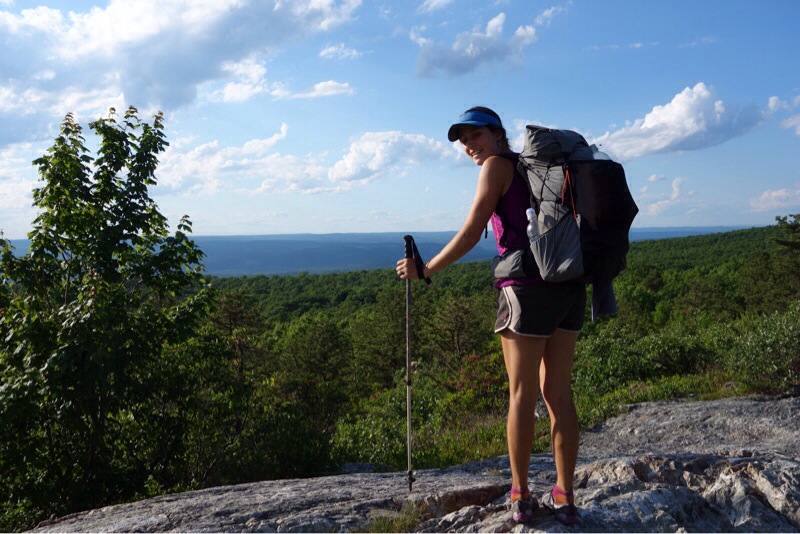 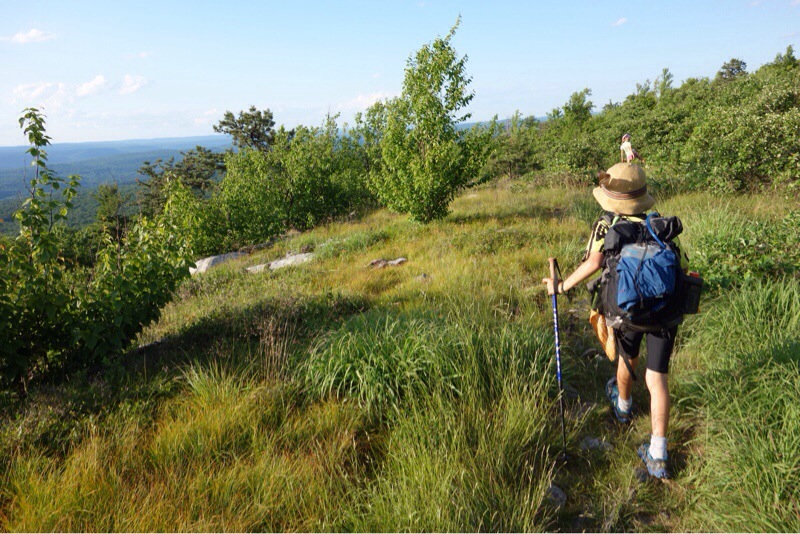