We made it out of town and up the hill for a ways to camp back in the woods. Town brought lots of new faces. We met some bicyclists who had started in Key West and are pedaling their way toward Canada. Now back on the trail, we’re meeting lots of new people who have returned from The Trail Days festival.

Back in 1947, Earl Schaefer became the first through hiker when he decided to “walk off the war” by walking with spring. The Appalachian Trail Conservancy has now partnered with a group called Warrior Hike that provides gear and sponsorship for veterans seeking to do the same. We’ve now caught up to many in that group and are enjoying hearing their stories.

I’m experimenting with a new publishing method, so things may look different for a while. 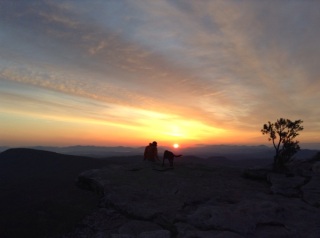