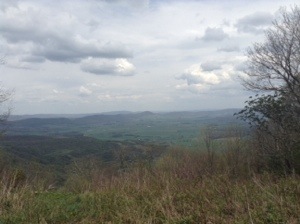 The morning brought a sorrowful farewell to uncle Avery and Christina. A rainstorm coupled with their recent departure brought on some homesickness. Together with a willful refusal to actually don rain gear, we hit a morning low. The lightening of the drizzle, and a few stream and waterfall stops to fish, and spirits were restored.

Only small fish to report (though several of them). And RobinHood attempted unsuccessfully to create a flag by stitching a striped maple leaf to a bandana with greenbrier thorns.

By the afternoon, we were thankful for the overcast skies as there was little water on the ridges and an advisory recommended against drinking from the stream at the road crossing due to construction contamination. We enjoyed lazy evening reading in the hammock and an early night. 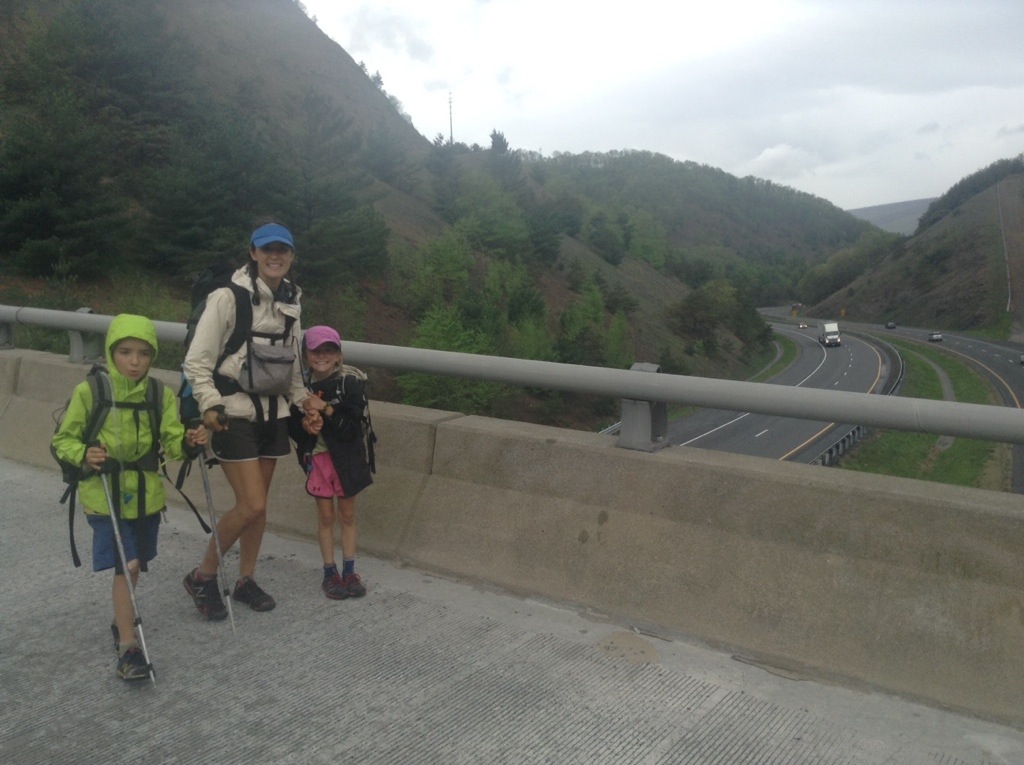 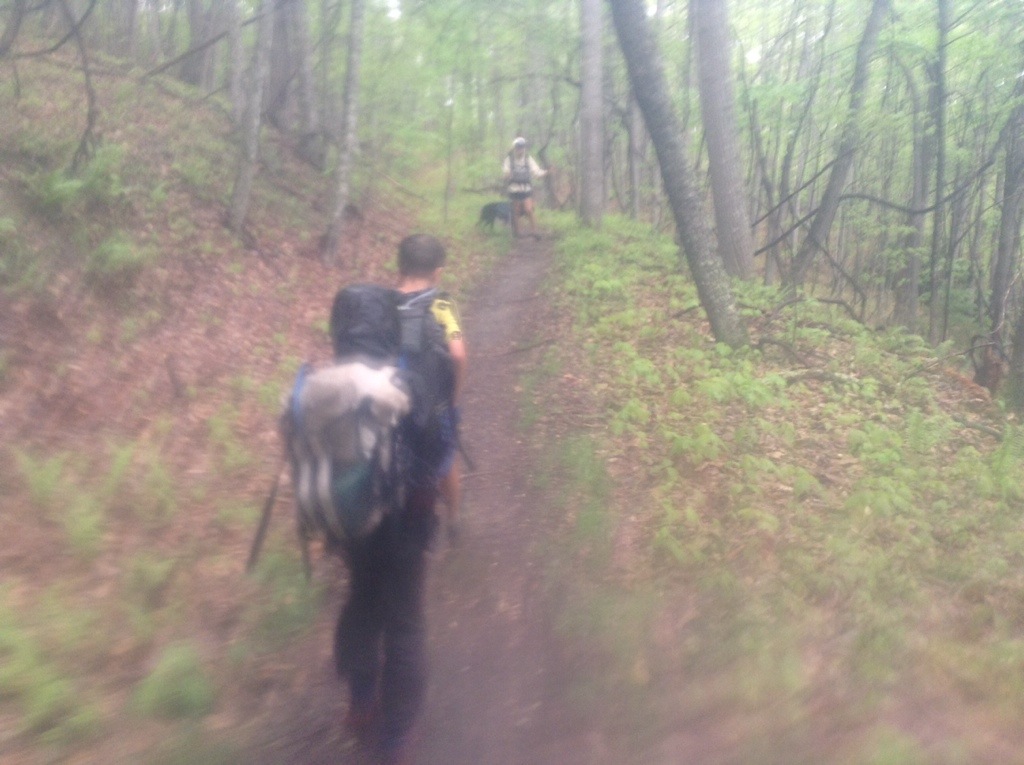 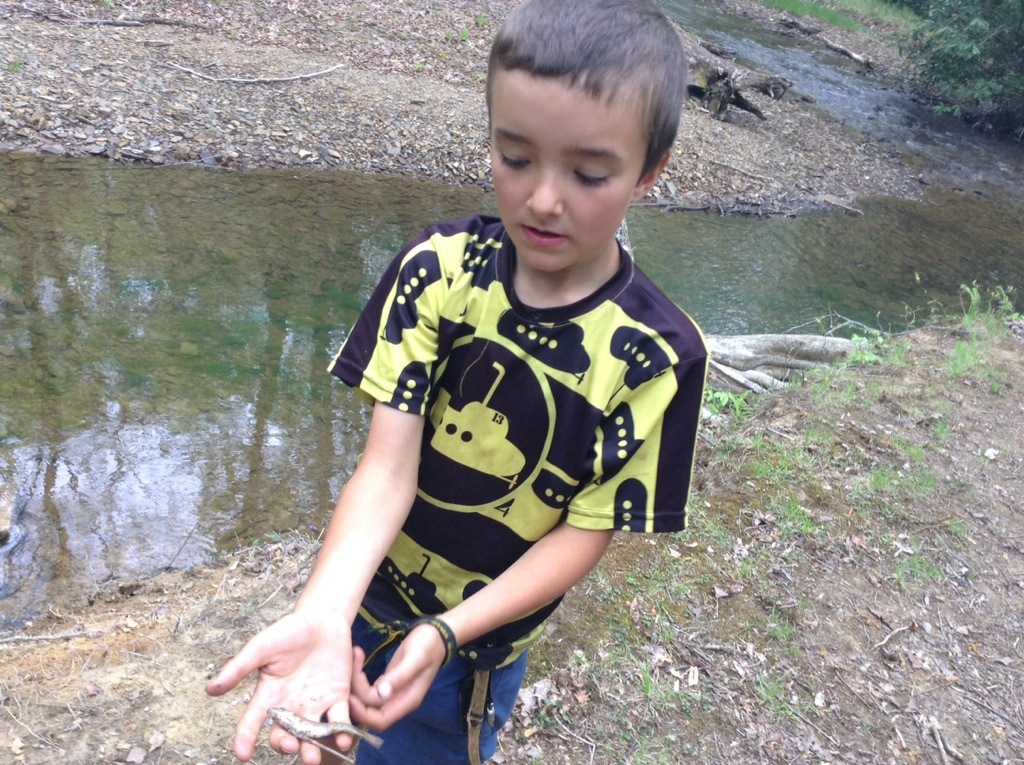 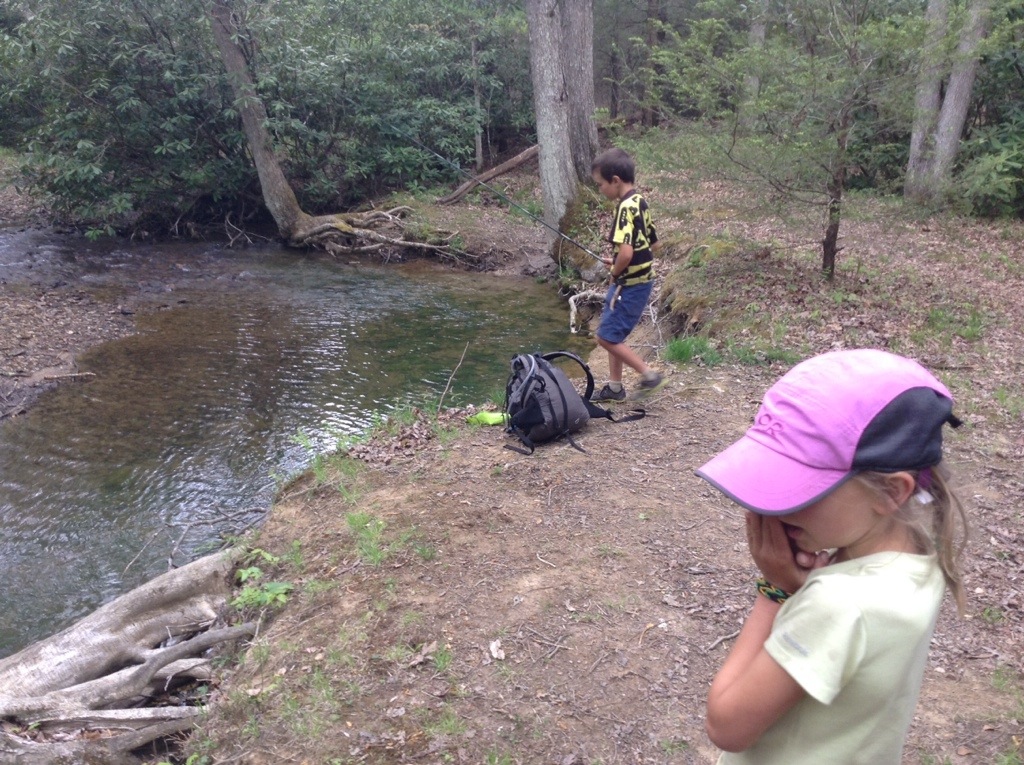